I spent Saturday morning at a confirmation ceremony, sadly confirming what I’d read here in comments about “contemporary” worship music in Catholic churches.

The word contemporary is in quotes there because, as with the evangelical species of “contemporary Christian music,” the word there doesn’t quite mean what it usually means. It shouldn’t be hard to be contemporary. One would think that writing music that sounds like it comes from another time and place would require additional effort, but that writing music that comes from one’s own time and place ought to be completely natural, yet there’s nothing natural-sounding about this awkwardly “contemporary” music.

Watching Philadelphia’s bishop/cardinal preside over the ceremony I was reminded of something I once heard an Episcopalian bishop say. What happened at Pentecost, he said, was a miracle and a mystery. The disciples didn’t quite know how to describe what they had seen so they described it to St. Luke as something like “tongues of fire” above their heads. Luke wrote that description down and, as a result, the bishop said, “2000 years later I have to wear this funny hat.”

I was also reminded of this bit from comedian Ted Alexandro:

Q: Do you renounce Satan and all his works?

A: Well, I can’t really say I’m familiar with all his works …

Anyway, I was feeling warmly ecumenical throughout most of the ceremony, until the cardinal got to the part in his homily where he urged the kids being confirmed to consider a religious vocation. We need priests, he told the children, because we need the forgiveness of sins and “without priests there can be no forgiveness of sins.”

That’s the sort of thing that makes me want to nail some theses to the door of the church.

This letter to the editor, which was actually published in the paper, criticizes Rep. Mike Castle for mentioning that the world’s oil supply is “finite.” The letter writer disagrees, writing: “There is no scientific basis for alleging that Earth has a finite supply of oil.” 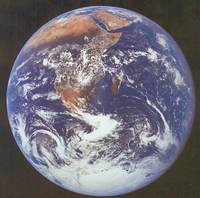 My point here is not (exclusively) to laugh at the crazy person who thinks that our planet is infinite. That’s barking mad, of course (see photo), but I’m not so much interested in the writer’s delirium as I am in the fact that such a letter was published.

This raises, for me, two questions that I really don’t know the answer to:

1. Before going to work in a newsroom, I had vaguely assumed that the opinion pages operated according to the old saying, “Everyone is entitled to their own opinion but not to their own facts.” Over the past seven years, however, I’ve seen hundreds of published examples of things that are demonstrably untrue. I’m wondering what, if any, policies or principles guide different newspapers regarding factual errors in letters to the editor and op-ed pieces. I’m not speaking here of matters subject to debate (“Politician X is doing a good job” or “Kids these days!”), but of simple matters of fact. If a letter asserts that Cleveland is the capital of Ohio, or that talc is the hardest mineral according to Moh’s scale, do editorial page editors have any rules or even guidelines for dealing with such mistakes and the letters that contain them?

2. I have attended, monitored, reported on and even conducted organizing meetings for activist groups across the political spectrum. All of these groups encourage their members to write letters to the editor and the advice they give for getting such letters published is remarkably similar. That advice always encourages the writers to get their facts straight and to avoid saying anything as full-gonzo nutty as suggesting that the Earth is infinite. Is that advice wrong?