Former 1960s radical Bill Ayers appeared (as himself) in the 2002 documentary The Weather Underground, which was narrated by Lili Taylor.

Taylor was in High Fidelity with Tim Robbins who was in The Hudsucker Proxy with Steve Buscemi.

And Steve Buscemi was in Tanner on Tanner with, yes, Barack Obama.

That’s only four degrees of separation — a closer connection than either The Wall Street Journal or The New York Times was able to establish in their exhaustive attempts to find any links between the former ’60s radical and the current Democratic nominee for president. 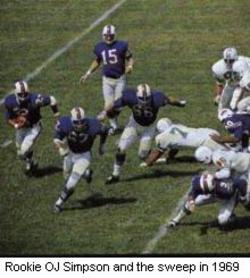 Gov. Sarah Palin has also recently tried to link Obama and Ayers, suggesting that Obama is somehow complicit in Weather Underground activities that took place when he was a child because he has since raised funds for poor kids’ schools in Chicago and so has Ayers. CNN debunks Palin’s claim, noting that they’re a bit late to the party what with the Times and every other news outlet — “Several other publications, including the Washington Post, Time magazine, the Chicago Sun-Times, The New Yorker and The New Republic …” — having already staked and dusted the claim before Palin repeated it.

I’ve never met Ayers, and I haven’t been to Chicago in years, but I can claim a closer connection to the man than Obama has. My uncle, and namesake, is listed in Ayers’ c.v. Ayers contributed a chapter for a book* my uncle edited. It’s the very first chapter — meaning Ayers’ name in the book’s table of contents is listed directly below the name of my mother’s favorite baby brother. By Gov. Palin’s reasoning, that’d be more than enough to put me on some FBI watch list.

This kind of desperate straining to find some distant association with which to smear Barack Obama seems like a counterproductive tactic for the McCain campaign. Going after Obama with a smear that’s this obscure, this far-removed, and this baseless reinforces the perception that McCain and his hired mudslingers were unable to find anything substantial or legitimate with which to criticize his opponent. (Plus, as a general rule, when you’re trying to land a below-the-belt smear it probably shouldn’t include having to point out that your opponent has a long history of raising funds to help poor schoolchildren. That’s generally regarded as a Good Thing.)

It doesn’t speak well of Sen. McCain that his campaign is willing to rely on such silly tactics. Ten years ago I might have said that McCain was “stooping” to such tactics, but the senator has gotten lower and lower over those years, wallowing deeper and deeper in whatever filth he thought might get him elected. It’s hard to say at this point that anything is beneath him.

More to the point though, these strained attempts at guilt-by-association don’t actually prove anything. The photograph above, for example, shows the 1996 Republican nominee for vice president Jack Kemp with one of his intimate business associates — a suspected murderer who is now a convicted felon. Did Kemp’s association with this unsavory figure make the former congressman any less qualified to be Bob Dole’s running mate? I didn’t think so, but then I don’t work for the McCain campaign.

Actually, when I say that these baseless and illegitimate attacks “don’t prove anything,” that’s not quite accurate. They don’t prove anything about the person being attacked, but they do prove quite a bit about the people making the attacks. They prove the attackers to be capable of the level of dishonesty and the level of sheer silliness that ought to disqualify one from public office.

In Gov. Sarah Palin’s case, this isn’t the first time she has demonstrated such dishonesty or such silliness. Nor is this the first instance of Palin repeating something that isn’t true long after it has been thoroughly documented as untrue.

Palin’s willingness to repeat such disproven and discredited allegations confirms the dismaying pattern we saw established in her very first speech after being selected by John McCain. She says things that aren’t true. She does this a lot.

The public hasn’t been afforded the opportunity to learn very much about Gov. Sarah Palin, but this much we do know: Sarah Palin is a liar. She lies to make herself sound better than she knows herself to be and she lies to make her opponents sound worse than she knows them to be. Her lies are many and they just keep coming, from her misleading self-flattery on her role in the Bridge to Nowhere scandal, to her obstruction of the Troopergate investigation, to her recent perverse description of her role in Alaska’s efforts to divest from the Sudan. She is a serial liar.

This has now been so well documented that the closest thing to a defense of Palin isn’t a defense at all, but rather an admission. “All politicians are liars,” her defenders say. That cynical, blanket condemnation blurring all degrees and frequencies of dishonesty fails to recognize what makes the Alaska governor special. She has distinguished herself by her willingness to continue repeating her lies long after they have been thoroughly discredited. Most lying politicians either back off or change the subject when their lies are refuted, but not Palin.

And that brings us to the second thing that we have been able to learn about Gov. Sarah Palin: She views her own supporters with contempt.

However much Palin may dislike her critics, that dislike is nothing compared to the scorn, disdain and loathing she regularly displays for those who offer her only their unconditional support. She detests those people.

Palin’s supporters are, for the most part, evangelical Christians, which is to say these are my people. She feeds my people lies, with a smile on her face, convinced that they are too stupid or too lazy to know or to care that she is feeding them bullshit and calling it chocolate. These people that she is treating with such contempt and inordinate condescension are my family — both figuratively and literally.

And, yes, I find it upsetting when someone treats my family so contemptibly. It would be wrong of me to allow anyone to treat my family this way without calling them on it, so I am calling her on it: Sarah Palin is a remorseless liar with a hole where her soul should be.

* The chapter “Work that is real: Why teachers should be empowered” in the book Empowering teachers and parents: School restructuring through the eyes of anthropologists. G. Alfred Hess, Jr., ed., Bergin and Garvey, 1992. In case you were wondering.