Killing in the name of

It would be hard to overstate the significance of the late Francis Schaeffer when it comes to the shape, tone, agenda and influence of evangelical Christianity in America.

In 1970, the Rev. Billy Graham was the face of American evangelicalism. He was a preacher and an evangelist. Graham served as a kind of unofficial — and nonpartisan — chaplain to the powerful, but he was largely non-political. When Billy came to town it wasn’t for a partisan political event, but for one of his unfortunately named “crusades” — huge mass-revival meetings in stadiums that drew support from a broad spectrum of Christian churches, including mainline Protestants and Roman Catholics. His message was upbeat, hopeful, inclusive and inspirational. (Plus he had really good music — Johnny and June and Ethel Waters.)

But by the 1980s, Graham had been eclipsed by new faces and very different voices with a very different agenda — men like Jerry Falwell and Pat Robertson. Evangelicalism had become fiercely partisan, polarized and polarizing. It had become more a political movement than a religious one and the dominant issue — the only shibboleth or litmus test that seemed to matter — was opposition to legal abortion.

The founding myth of this new, stridently political faith says that this politicizing arose in reaction to the Roe v. Wade decision acknowledging the legal right to abortion. After “activist” judges “legislated” from the bench, evangelicals recoiled in horror and rose up, in Falwell’s phrase, to “take back America.” 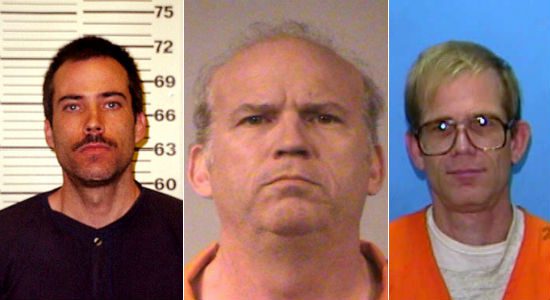 But that’s not what happened. Evangelicals did not recoil in horror from Roe v. Wade. There was no outcry, scarcely any reaction at all. Randall Balmer discusses this in his book Thy Kingdom Come (see a longer excerpt here):

In the 1980s, in order to solidify their shift from divorce to abortion, the Religious Right constructed an abortion myth, one accepted by most Americans as true. Simply put, the abortion myth is this: Leaders of the Religious Right would have us believe that their movement began in direct response to the U.S. Supreme Court’s 1973 Roe v. Wade decision. Politically conservative evangelical leaders were so morally outraged by the ruling that they instantly shed their apolitical stupor in order to mobilize politically in defense of the sanctity of life. Most of these leaders did so reluctantly and at great personal sacrifice, risking the obloquy of their congregants and the contempt of liberals and “secular humanists,” who were trying their best to ruin America. But these selfless, courageous leaders of the Religious Right, inspired by the opponents of slavery in the nineteenth century, trudged dutifully into battle in order to defend those innocent unborn children, newly endangered by the Supreme Court’s misguided Roe decision.

It’s a compelling story, no question about it. Except for one thing: It isn’t true.

Although various Roman Catholic groups denounced the ruling, and Christianity Today complained that the Roe decision “runs counter to the moral teachings of Christianity through the ages but also to the moral sense of the American people,” the vast majority of evangelical leaders said virtually nothing about it; many of those who did comment actually applauded the decision. W. Barry Garrett of Baptist Press wrote, “Religious liberty, human equality and justice are advanced by the Supreme Court abortion decision.” Indeed, even before the Roe decision, the messengers (delegates) to the 1971 Southern Baptist Convention gathering in St. Louis, Missouri, adopted a resolution that stated, “we call upon Southern Baptists to work for legislation that will allow the possibility of abortion under such conditions as rape, incest, clear evidence of severe fetal deformity, and carefully ascertained evidence of the likelihood of damage to the emotional, mental, and physical health of the mother.” W.A. Criswell, former president of the Southern Baptist Convention and pastor of First Baptist Church in Dallas, Texas, expressed his satisfaction with the Roe v. Wade ruling. “I have always felt that it was only after a child was born and had a life separate from its mother that it became an individual person,” the redoubtable fundamentalist declared, “and it has always, therefore, seemed to me that what is best for the mother and for the future should be allowed.”

In 1973, most evangelicals regarded opposition to abortion as a Catholic Thing — and therefore vaguely suspect, as though it might lead to praying to Mary or something. But throughout the 1970s and into the ’80s, that changed. The person most responsible for that change was Francis Schaeffer. He persuaded evangelicals to adopt this issue and to get so angry about it that it would come to replace even evangelism as their hallmark concern and their pre-eminent defining characteristic. The language, the rhetoric and arguments, the moral reasoning, political tactics and activist strategies of the anti-abortion movement over the last 30 years all originate with Francis Schaeffer.

This is why, out of all the voices condemning and grappling with the meaning of the murder Sunday of Dr. George Tiller, none is more significant that that of Frank Schaeffer, Francis’ son. Without his father, there would be no Scott Roeder.

Here is Frank Schaeffer, writing at the Huffington Post, on “How I (and Other ‘Pro-Life’ Leaders) Contributed to Dr. Tiller’s Murder”:

Like many writers of moral/political/religious theories my father and I would have been shocked that someone took us at our word, walked into a Lutheran Church and pulled the trigger on an abortionist. But even if the murderer never read Dad’s or my words we helped create the climate that made this murder likely to happen.

In fact that very thing has happened before. In 1994, Dr. John Bayard Britton and one of his volunteer escorts were shot and killed outside an abortion clinic in Pensacola, Florida. Paul Hill, a former minister, was convicted of the killings and executed in 2003. Paul Hill was an avid follower of my father’s.

In 1994, as now, the mainstream evangelical groups responded to the slayings in Pensacola by saying all the right things — offering a raft of statements unambiguously denouncing the violence and condemning Paul Hill’s actions.

I remember those statements very well because I wrote one of them. In the ’90s, I was the staff writer for an evangelical — and, therefore, anti-abortion — nonprofit, and so it fell to me to write the first draft of a statement after Paul Hill’s killing spree.

The statement we wrote was consistent with what our group had been saying all along. My boss, in whose name this statement was released, was a lifelong pacifist, a devout Mennonite who has, for decades, unfailingly opposed all forms of violence. And as a good Mennonite, his rhetoric too was always studiously nonviolent — peaceable to the point of blandness, actually.

But at the same time we were drafting and issuing this statement, I was reading dozens of similar statements from other evangelical groups whose rhetoric had never been marked by anything like my boss’s Mennonite pacifism. These were groups that routinely spoke of abortion as “murder” or “mass-murder,” and that routinely spoke of legalized abortion as an “American Holocaust.” They had, for years, been using precisely the same rhetoric and making exactly the same arguments that Paul Hill was now using to attempt to justify his double homicide.

Paul Hill argued that abortion was the moral equivalent of the Nazi Holocaust — just like the National Right to Life Committee, the Southern Baptist Convention, the Christian Coalition, Focus on the Family and dozens of other evangelical groups said it was. If that’s true, Hill said, then he wasn’t merely justified, but obligated to take up arms against abortionists. If you’re confronted with an evil equal in magnitude to that of Adolf Hitler — as all these groups insisted was the case — then surely one is obliged to do more than vote Republican every four years in the hopes of one day appointing enough judges to change the law of the land. Confronted with what all of these groups assured him was the Holocaust, he decided to become Claus von Stauffenberg.

Yet when Hill repeated their own argument and their own rhetoric back to them, these groups all recoiled. They all claimed to share Hill’s premise, but not to share his conclusion. That won’t work. Hill’s violent conclusion arose logically from that shared premise. If he was a madman to be condemned — as all those groups suddenly insisted he was — it was because of the madness of that premise. So how was it possible they could repudiate him without also repudiating that rhetoric that compelled him to act?

What I realized then, in 1994, as I watched these groups line up to condemn violence against “mass-murderers” and to renounce armed opposition to “the Holocaust,” was that these folks didn’t really mean any of it. They were horrified by the spectacle of someone taking their own rhetoric and arguments seriously. “We don’t really mean anything we say,” these groups rushed to announce. “We don’t really believe any of that.”

And since they no longer bothered to claim they believed it, I stopped trying to believe it too.