A federal judge has ruled that the establishment by Congress of a National Day of Prayer conflicts with the Establishment Clause of the First Amendment.

I'm not a constitutional scholar, but I believe the legal term for this ruling is "no duh."

I happen to like the idea of a day of prayer, and of a nationwide day of prayer. But I'm utterly opposed to the idea that such a day of prayer ought to be nationalized. Once the thing becomes nationalized and official and established it becomes another thing entirely. Prayer is not something to be rendered unto Caesar, nor is it something Caesar ought to be put in charge of, asked to bless, permit, allow or establish. A Nationalized Day of Prayer defeats the purpose and will inevitably wind up with pious posturing in which repentance and thanksgiving are transposed. Politicians offer pompous thanksgiving for national shames about which we ought to be begging God's forgiveness while at the same time lamenting many of the things most pleasing to God. A Nationalized Day of Prayer — or a nationalized prayer breakfast — is bound to wind up backwards and upside-down.

So my primary objection to the Nationalized Day of Prayer is a religious objection — a sectarian, Baptist objection, in fact.

Seriously, is that too complicated for anyone?

For many Americans, however, the First Amendment is complicated.

Those of us from other, non-hegemonic religious traditions do not see this supposed conflict. Here is what the First Amendment of the U.S. Constitution says about religion:

"Congress shall make no law respecting an establishment of religion, or prohibiting the free exercise thereof …"

Hegemonic believers don't seem to appreciate this point. They can grasp that the establishment of one, official state religion might inhibit the freedom of those not belonging to the One True Official Sect, but they don't perceive how such an establishment also fundamentally alters the relationship of members of that official sect to their own church — requiring lockstep assent to its official doctrines and practices as set forth thereafter by its official and legal enforcers.

The establishment of any sect casts suspicion on all members of that sect. Coerced belief is belief that cannot be trusted. Coerced belief, therefore, will never be trusted — it will be dis-trusted, inspected, codified, measured and forced to demonstrate its loyalty and legitimacy time and again.

This is no less true when the coercion is softer, the result of a set of privileges, incentives and disincentives. All such privileges and incentives incentivize disingenuous claims of religious belonging. To privilege any one set of believers, therefore, requires the implementation of mechanisms to challenge and sort out the genuine believers from the mere pretenders claiming allegiance only in order to gain access to those privileges that accompany membership in the established sect. Such sorting mechanisms are never perfect — allowing many hypocritical posers to slip past while unjustly condemning many sincere and genuine believers. And such sorting mechanisms are never pretty. This is where inquisitions come from.

There's only one way to have an established religion without having an inquisition and that is to go without any such tests to distinguish genuine from disingenuous allegiance to official doctrine. That results in a different kind of disaster for the official, established sect. It means that nominal, indistinct, content-less faith becomes the norm. It turns the established sect into something toothless and vague — the C&E faith of the C of E (Christmas, Easter, Church, England).

These are the unavoidable options for any sect that becomes official and established. It can become monstrous or it can become mundane, but either way it cannot continue to be exercised as freely. Establishment restricts the religious freedom of those belonging to the official sect just as surely as it restricts the freedom of the religious minorities it disenfranchises.

All of which is why here in America support for a secular state (a redundant phrase) comes not just from Baptists and Anabaptists, pagans and freethinkers and other sects with a history as dissenting, persecuted minorities, but also from adherents of sects that are or have been legally established, official religions — from Roman Catholics, Presbyterians, Lutherans, Hindus, Jews, Sunnis, Shiites, Anglicans, etc. The free exercise of those traditions is freer in a country with a secular state than it is in a country in which any one of them is legally enforced and officially privileged.

Many of the most vocal proponents of hegemonic religion in America understand all of that, but they don't really care because they're really just lying bastards who don't give a damn about religion and aren't arguing in good faith.

The vanguard of hegemonic religion is made up not of believers but of swindlers, con artists and demagogues. Tony Perkins, Newt Gingrich, David Barton, Roy Moore, Glenn Beck and Brannon Howse aren't religious believers, they're just bad, bad people. They are predators siphoning money and votes and money and more money from anyone fearful or vain enough to be deceived by their shtick.*

Such demagogues don't interest me much. Their motives is transparent — money. Or power that can be wielded to gain money. Boring.

The followers of demagogues are always much more interesting. Our weaknesses are what make us vulnerable to such predators. That's part of the genius of their traps — escaping from their lies once initially caught requires admitting to the fearfulness or the vanity that made us receptive to whatever it was the demagogues were selling with their appeals to that fear and vanity.

And yes, in the final analysis, fear and vanity are what I think attracts people to hegemonic religion. Vanity, in that it offers the reassuring promise that one set of people — one sect, our sect — is better than everyone else. Fear, in that it promises to protect us from what we fear most — our own weakness and infidelity.

Hegemonic religion is the religion of the faithless. Only the faithless feel the need for it — for the promise that one's fragile, brittle faith will be reinforced at every turn throughout society, reinforced by the state itself with the force of law. If you're scared that your faith cannot stand on its own — that it cannot withstand exposure to a science textbook or to a woman not clad in a burkha — then hegemonic religion promises to protect you from losing what little faith you have. It promises that you will never be allowed to wander off on the rumspringa from whi
ch you know you would never return.

The
practical problem for those advocating established religion here in America is that we're a pluralistic society in which no clear majority sect claims the allegiance of more than half the country. The lying hucksters like David Barton try to gloss this over by speaking as vaguely as possible of America as a "Christian nation," but that proves about as meaningful and useful as saying that Belfast is a "Christian" city (or that Baghdad is an "Islamic" one).

Proponents of a sectarian state are therefore forced into a kind of hung Parliament. Al Mohler may want to see his particular brand of post-Baptist Southern Baptist belief privileged as the established state religion, and William Donohue may want to see his politicized brand of pre-Vatican II Roman Catholicism enjoy this state sanction, but both men realize that as large as their denominations may be, neither makes up anything like a majority, and both include many millions of adherents who don't share their hegemonic views.

So sectarians are forced to try to form a kind of coalition government, allying with one another against the separation of church and state in the hope that — one day, once it all gets sorted out in the post-secular, post-constitutional America — their sect will ultimately emerge as the dominant official, established religion.

This is why savvy sectarians speak of "the Judeo-Christian tradition." It's an effort to broaden the coalition to include more allies against secular governance, swelling their ranks with whatever Jewish believers might share their hegemonic perspective.

Prior to 9/11, religious right leaders in the U.S. had begun reaching out to even stranger bedfellows in this culture-war coalition, forming alliances with Islamic conservatives to oppose things like the United Nations conventions on the rights of the child and on the rights of women. A shared opposition to the rights of women — and to modernity as a whole — trumped any secondary disagreements, much the same way this shared antipathy toward women and modernity has set aside the longstanding feud between conservative Catholics and Protestant fundamentalists.

In recent years, the biggest story involving this incoherent, unsustainable coalition of hegemonic sectarians has been the several attempts by conservative Mormons to join the coalition. Mitt Romney failed in his first attempt to win support from the sectarian religious right, but he's trying again, bolstered by the prominent role Mormons played in postponing marriage equality in California and by the popularity among sectarian evangelicals of the nominally Mormon swindler Glenn Beck.

This is a foolish and dangerous game Romney is playing. The opposition he encountered from Christianist sectarians should have convinced him that his own Mormon tradition, like any distinct religious minority, depends on the protection afforded it by the separation of church and state. His advocacy of hegemonic, anti-secular government is very bad news for the Latter Day Saints.

At the same time, Romney's unwelcome attempt to join the parliamentary coalition of religion hegemons raises in the minds of its misguided supporters the one question that the coalition's continued existence depends on no one ever asking: Which sect?

* If that sounds overly harsh, don't worry. These people only keep score in one way, and since they've all got a lot more money than I do, they couldn't care less if I'm critical of them. They're winning — that's all that matters to them. Cha-ching. 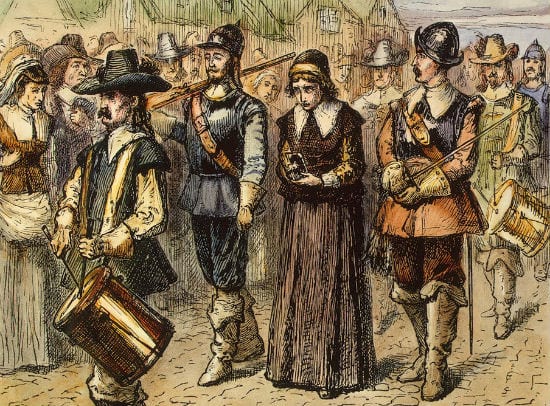