A Vindication of Democracy

Another quick note in response to the Rev. John MacArthur’s strange belief that Reformed theology compels one to be an apologist for autocrats.

Most Reformed theologians, and most Christians more generally, do not come to the Bible with MacArthur’s preconceptions and so they do not share his spin or believe that it says what he claims it says against democracy and in favor of theocracy.

“Who said democracy is the best form of government?” How about every credible Christian theologian of the last three centuries?

Since MacArthur is partial to those who share his pre-eminent regard for John Calvin, he might want to start with reading Abraham Kuyper or some of his modern day popular interpreters, such as the folks at the Center for Public Justice. 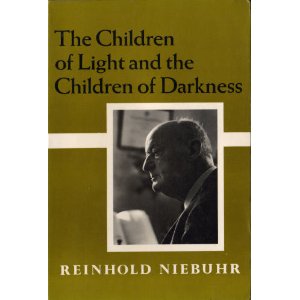 I would also point MacArthur toward good old Reinhold Niebuhr, the great 20th-century theologian of human nature, and particularly to The Children of Light and the Children of Darkness: A Vindication of Democracy and a Critique of its Traditional Defense. There, as throughout all of his thinking, the central idea for Niebuhr is sinful human nature.

The basic idea for Niebuhr is that people are sinful and therefore not to be trusted with unchecked power. Talk of “theocracy” won’t do for anyone who accepts this Pauline/Augustinian/Calvinist/Niebuhrian view of human nature. Every theocracy will be run by sinful, prideful, fallible, corruptible humans and sinful, prideful, fallible and corruptible humans cannot be trusted with the power to speak or act on behalf of God. Give a sinful human that kind of unchecked power and you’ve created a monster. For Niebuhr, unchecked power was an invitation to evil.

Given that belief, and his view of human nature, Niebuhr concludes that something like Madisonian democracy — government of the people, by the people and for the people, restrained by a bill of rights and with a built-in system of checks and balances — is the best form of government.

MacArthur isn’t likely to find this compelling. Niebuhr’s approach of developing a comprehensive biblical view of human nature and then reasoning from there seems alien to MacArthur’s preferred approach of elevating isolated proof-texts wholly apart from their context. But I find Niebuhr very compelling on this point, as in this passage from The Children of Light and the Children of Darkness:

A consistent pessimism in regard to [humanity’s] rational capacity for justice invariably leads to absolutistic political theories; for they prompt the conviction that only preponderant power can coerce the various vitalities of a community into a working harmony. But a too consistent optimism in regard to [humanity’s] ability and inclination to grant justice to [others] obscures the perils of chaos which perennially confront every society, including a free society. …

[Humanity’s] capacity for justice makes democracy possible; but [humanity’s] inclination to injustice makes democracy necessary. In all non-democratic political theories the state or the rules is invested with uncontrolled power for the sake of achieving order and unity in the community. But the pessimism which prompts and justifies this policy is not consistent, for it is not applied, as it should be, to the ruler. If [humans] are inclined to deal unjustly with [others], the possession of power aggravates this inclination. That is why irresponsible and uncontrolled power is the greatest source of injustice.

The democratic techniques of a free society place checks upon the power of the ruler and administrator and thus prevent it from becoming vexatious. The perils of uncontrolled power are perennial reminders of the virtues of a democratic society; particularly if a society should become inclined to impatience with the dangers of freedom and should be tempted to choose the advantages of coerced unity at the price of freedom.

The consistent optimism of our liberal culture has prevented modern democratic societies both from gauging the perils of freedom accurately and from appreciating democracy fully as the only alternative to injustice and oppression. When this optimism is not qualified to accord with the real and complex facts of human nature and history, there is always a danger that sentimentality will give way to despair and that a too consistent optimism will alternate with a too consistent pessimism.

Progressive Christian
The Good, the Bad and the Hackneyed
slacktivist