Cleaning out the bookmarks

Just as the grocery store periodically puts the browner bananas on sale, I try to clear out my bookmarks every little bit to make room for the fresher inventory. 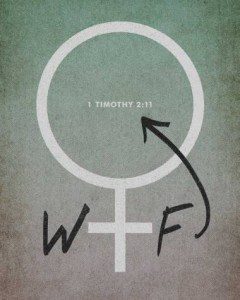 I bookmarked most of these fully intending to return to them someday, eventually, later to write something thoughtful or reflective about them. But since that’s apparently not going to happen, I’ll just randomly toss them out here for your enjoyment, amusement, entertainment or confusion.

The image to the right is from artist Jim LePage’s Word Bible Designs. He’s got poster designs for every book of the Bible, but this one might be my favorite.

Illustrator Dave DeVries’ Monster Engine is another pretty cool series of paintings (via) involving his realistic paintings based on sketches by very young children.

I’m less impressed by graphic designer Adam Ross’ “True Clean Towel,” which seems to be for people who like to dry off before they’re done washing off. If you’re grossed out by the idea that you might be drying your face with the part of the towel you previously used to dry your … let’s say feet, then I think maybe you should probably do a better job washing your feet.

Then again, John’s Gospel seems to support the idea behind the True Clean Towel: “Jesus said to him, ‘One who has bathed does not need to wash, except for the feet, but is entirely clean.'”

“ESP proponents claim that ESP skeptics are psychic, and use their powers to suppress ESP”

They’re on to us. Concentrate harder. 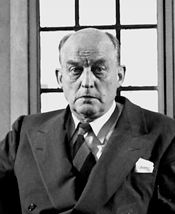 But at least they won’t be fooled by the latest hilarious character by Sasha Baron Cohen.

Relevant magazine presents “10 Reasons Christians Should Care About Science.” It’s not a bad list. It’s just that the fact of it is so depressing.

“If you are only taking on problems that can be solved within your lifetime, you’re not thinking long-term enough.”

Wes Jackson said that in Austin, Texas, at an event called “An Afternoon with Wendell Berry and Wes Jackson.” Pretty much the coolest thing to hit Austin since SXSW.

Linda Holmes’ take on “How I Met Your Mother: The Optimism of Inevitability” reminds me of something we kicked around a while back in a post called “Alternate Endings,” except from the other direction. You can’t always know what the story means until you know how the story ends. And vice versa.

Amazing photos via Phil Plait: “One guy fooling around with the Moon”

Amazing photos v … wait, you know what? It’s probably just easier if you subscribe to the RSS feed for Phil Plait’s Bad Astronomy blog, because he posts really cool photos like those linked above on a regular basis.

Finally, under the proposed Stop Online Piracy Act and Protect IP Act, this sort of thing might become illegal:

I very much prefer to live in a world in which it is not illegal. I realize that the use of Mariah Carey’s recording there is probably unlicensed, but still, if this sort of thing is outlawed, we all lose.

December 11, 2011
Rick Perry determined to make evangelicals as ridiculous and unpopular as he is
Next Post