Who decides who is a ‘minister’?

Hosanna-Tabor Evangelical Lutheran Church and School vs. EEOC involved the “ministerial exception” to many laws governing employers and the workplace.

That exception reflects both an effort to avoid state entanglement in religious disputes and, more broadly, a bit of common sense.

The case of this hypothetical rabbi is fairly uncomplicated and uncontroversial because nearly everyone agrees that the rabbi’s role is ministerial and thus most agree with the logic of this exception. That logic comports with our basic sense of fairness. It seems reasonable for this congregation to consider religious belief in their hiring decision because religious belief is an intrinsic, essential aspect of the position of rabbi.

Rabbis are understood to belong to the category of clergy and that category is defined clearly enough in nonsectarian ways that the law has a pretty good handle on it. But “minister” is a much broader and fuzzier category. All clergy are ministers, but not all ministers are clergy. Many religious organizations employ many people they commission and designate as “ministers” despite their serving in capacities that are largely, or even primarily, secular.

For some faith traditions, this is an essential aspect of their belief — a matter near the core of their faith. In some Anabaptist churches, for example, there is no distinction between clergy and laity. (The rest of us tend to misunderstand this. We see that they have no priests or pastors and assume that they have abolished the category of “clergy,” but as John Howard Yoder put it, what they have really done is abolish the category of laity.)

Consider for example the post of church treasurer. Most congregations and denominations have an official who is in charge of the money. It’s hard to get much more secular than that. But for many congregations and other religious organizations, the treasurer is regarded as a kind of minister. The role itself may be intrinsically secular, but the congregation or organization believes this official must be personally committed to the values, goals and sectarian beliefs of the group.*

So is that official also a “minister”? Who’s to say?

That question — “who’s to say?” — was at the heart of the Supreme Court’s approach to the Hosanna-Tabor case. And the court’s answer to that question was “Not us.”

That’s a very rough paraphrase, of course, but based on what I’ve read of and about this decision, that’s the main thrust of it.

The principle at work here seems to be that of avoiding “excessive entanglement” of church and state. The case presented the court with an invitation to entangle itself in the definition of a minister and it declined the invitation. As Steve Benen puts it, the court seemed to acknowledge the significance of this definition, but this time around they punted.

The reason that the court’s language refers to “excessive entanglement” is because some degree of church-state entanglement is inevitable and even desirable. Church buildings must still be built to meet safety and fire codes, for example. The state is also unavoidably tangled by questions of who is and who is not “clergy” due to the varying circumstances in which clergy and their housing expenses are or are not taxed and due to many other considerations in which the category of clergy must be legally recognized and, therefore, legally defined.

As with marriage laws, a host of rules have agglomerated over the years around that legally recognized category of “clergy.” Some of those rules make a great deal of sense. Some of them once made sense, but linger on even though they no longer do. Some are clearly upheld and others are more contentious or murky. It’s all a bit convoluted. But it’s still far clearer than the category of “minister.”

The justices avoided wading into that in Hosanna-Tabor by washing their hands in this case of jurisdiction over intra-sectarian disputes over the definition of a “minister.” That reluctance to intervene — to refuse to allow the church’s business to become the state’s business — is often commendable, and many observers who followed this case closely say that the particulars here allowed such detachment. But it’s unlikely that the courts or the law will be able to continue perpetually avoiding becoming entangled in this definition.

Hosanna-Tabor affirmed that the category of minister is legally significant, and that means that some day the courts will have a compelling interest in setting some clearer boundaries around that category. When that day comes, this decision may not provide much practical guidance.

* Another example: Years ago a friend of mine had an occasional paid gig as a soprano in an affluent Main Line church. She regularly sang in their worship services and, because she was an excellent singer, I’m sure that many of the people who attended those services thought of her as “ministering” to them. Yet neither she nor the church that employed her regarded her as a minister. She was hired for secular reasons — because she could hit the E above high C in a way that could make you cry or make you exult. That is why they hired her and what they paid her to do. The minister of music at the church who hired her only cared that she was a good soprano, not that she was a good Presbyterian (which she wasn’t). But note that person’s title — not “choir director,” but minister of music. The church emphatically regarded this non-clerical official as a minister.

January 17, 2012 TFTM: Leave the gun, take the salvation
Recent Comments
44 Comments | Leave a Comment
Browse Our Archives
get the latest from
slacktivist
Sign up for our newsletter
POPULAR AT PATHEOS Progressive Christian
1 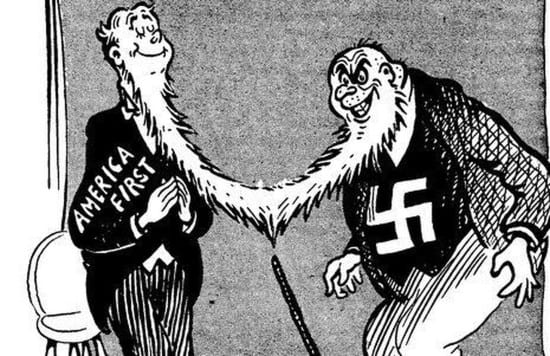