The tradition around here is that posts on contentious subjects ought to be quickly followed by a post on something decidedly not contentious — something widely appealing and nonpolitical.

But today it means two pies. And not just two pies, but two pies in a cake. 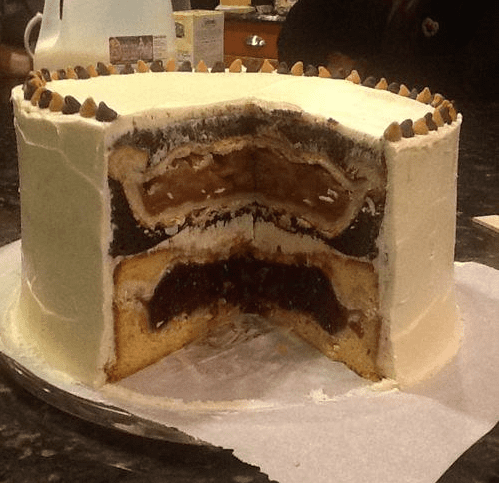 Who knew that such glorious monstrosities existed? What immortal hand or eye dared framed its fearful symmetry?

I learned of picaken today from Jamie the Very Worst Missionary.

When she first encountered the idea of a picaken, she thought it was “ridiculous and honestly kinda gross.” So she wound up making one for her husband’s birthday.

I’m not sure that picaken will quite serve our need here for a non-contentious topic. There are cake people and there are pie people, and it may be that the only thing that can unite them is a shared dismay at this unholy … thing.