On ‘Fixing the Moral Deficit’ (part 1)

The Consumerist brings us the entertaining story of a New Mexico man who picked the wrong restaurant to dine-and-dash:

We certainly don’t condone the act of dining-then-dashing. It’s illegal and, more importantly, just plain rude to the people that prepared and served your meal. It’s especially rude when the servers are law enforcement officers working a fundraising event for the Special Olympics.

And yet, a man in New Mexico stands accused of trying to feed and flee an Applebee’s during the Tip-A-Cop fundraiser featuring police officers as hosts and waitstaff.

The suspect’s two female dining companions left the building first, and then he allegedly tried to slip out without paying the $30 dinner check. Given the police presence in the restaurant, it’s not surprising that the man was snagged and charged with obtaining services less than $100.

“Obtaining services” is another word for theft. This guy, the police say, took the service and ate the food but took off without paying for it. If you don’t pay for what you’re using, then you’re stealing. 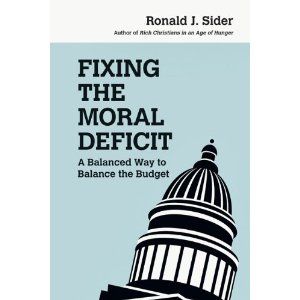 Unlike the cops in that Applebee’s, he doesn’t care whether or not people are willing to pay for what they take and use from restaurants or stores or the federal government. He’s more concerned with looking over their shoulder as they read the menu, waiting to scold them for ordering too much food or dishes that are too expensive. Over-ordering, Brooks insists, would be immoral.

He’s so preoccupied with such potential prodigality that he completely ignores the outright theft of the dine-and-dash.

That’s an odd notion of “morality.”

In his latest column, Brooks attributes the federal budget gap to some unique moral failure of the current generation of Americans. “Every generation has an incentive to spend on itself, but none ran up huge deficits until the current one,” Brooks writes (inaccurately). “Some sort of moral norms prevented them.”

For Brooks, morality is all about government spending, which he imagines is out of control — a wild, orgiastic spree unprecedented in history.

… We do have a spending problem in the coming years. But it’s not driven by greed, or moral failure, or even new spending decisions. Discretionary spending, in fact, is set to fall to its lowest level since the 1950s. Rather, our projected deficits are driven by the population getting older and the health care sector innovating new and more expensive treatments. Those trends pose budgetary problems that we have to deal with, but they don’t say anything in particular about our national character, or the moral fiber of this generation.

So if there’s a moral element to the current budget gap, it’s not what scolds like David Brooks are claiming it is. We’re not ordering more than we can afford from the menu, we’re just dining-and-dashing — refusing to pay the bill for the same food we’ve always ordered and eaten.

Misrepresenting deficits, Mark Thoma says, does involve a failure of morality. The Very Serious Scolds like Brooks are misleading their readers, and that is a “Real Moral Problem“:

Why should we care about the misleading rhetoric? Because it gives ammunition to those who have had social programs in their sights for decades — it gives them the arguments they are looking for to make severe cuts in government programs. And centrist, right-leaning Democrats will go along in the interest of solving this “great problem” that we face. …

There are moral issues out there, but they aren’t the ones that Brooks and company think they are. Many of the people pointing fingers at the moral failings of others need to take a hard look at their own behavior and how it has enabled the morality that allows the rich to mislead the public about the impact of budget-busting, redistributive … policies that were key in producing the debt problems that we now face.

That’s why famously frustrated economists Paul Krugman and Brad DeLong have seconded those responses from both Ezra Klein and Mark Thoma. When DeLong talks about deficits, I listen, because unlike David Brooks and the other Very Serious Scolds obsessed with the topic, he knows what he’s talking about. He served in the Clinton administration, where he helped to turn budget deficits into budget surpluses. In actual reality.

DeLong also refers us to Stan Collender, who notes that those currently fretting about government borrowing do not seem to understand interest rates or economics. For quite a while now, the interest rates the U.S. federal government pays to borrow money have been effectively negative. And they may be about to become explicitly negative.

When you can borrow money at negative interest, then it doesn’t cost you anything to borrow more. In fact, when interest is negative, it costs you more not to borrow. Thus, Collender says, “Tea Party/GOP Are Wrong: Federal Government Should Be Borrowing More Right Now“:

Given the continuing very strong demand for U.S. debt, the Treasury is considering issuing securities with negative interest rates — requiring buyers to pay for the privilege of safely parking their money — and is assuming  it will get lots of takers. In fact … some investors in Treasuries are already getting a negative return and, given the alternatives, are happy to have it.

… First, as any business and many individuals would be doing in a similar very low interest rate environment, this is the time the federal government should be borrowing more rather than less, especially if the funds were used to pay for capital projects.

Second, it demonstrates that, to the extent possible, the government should be doing whatever it can to lock in these low/negative interest rates by borrowing as much long- rather than short-term as it can. …

Third … the real question is why government borrowing has been and continues to be such a political issue and why the tea partiers in the Republican Party continue to insist it’s the tool of the devil.

Thoma provided the answer to that third question: “they are looking for to make severe cuts in government programs” and to further lower the already historically low taxes on the wealthiest.

Future generations won’t likely judge us harshly for having too many federal Treasury bonds in circulation. But they will judge us very harshly indeed for squandering the infrastructure we inherited, took for granted, and selfishly refused to maintain or preserve. We inherited roads, bridges, tunnels, levees, dams, railroads, airports, sewers, aqueducts, pipelines, a power grid and all the rest of that amazing infrastructure that makes possible the lives we take for granted. But we refused to pay to maintain them, let alone to expand and improve them to keep pace with our growing reliance on them. We preferred, instead, to give ourselves tax cuts.

Our neglect of this infrastructure is a massive intergenerational injustice. It’s a dine-and-dash on an epic scale that’s wholly ignored by the Very Serious Scolds.

Future generations are also unlikely to forgive us for our current enthusiasm for converting the Marcellus Shale into cheap energy and flammable aquifers while dumping ever-more carbon into an already over-full atmospheric sink. Climate change is another massive intergenerational injustice. A higher national debt is unlikely to concern future generations anywhere near as much as the fact that we are sticking them with the bill for keeping Manhattan above sea level and for relocating coastal refugees, for droughts, storms and record-shattering extreme weather events.

On a more personal scale, but similar in scope, there’s also the intergenerational injustice of failing to be stewards of the economy as a whole. This is largely a function of the misleading pretense that our ability to do so is constrained by budget deficits. The deficit-obsession of the Very Serious Scolds promotes the notion that we cannot address our jobs crisis, or education, or infrastructure, or poverty, because the government is “broke.”

Persistent unemployment is something we know how to fix, but we’re not fixing it because that would involve spending money, and the scolds will scold when money is spent. That jobs crisis isn’t just harming the unemployed — it’s also keeping wages and income down for everyone else. Recent college graduates are now being paid 11 percent less than they were 10 years ago. That has a lifelong effect on those earners and their future children and grandchildren. (It also means, of course, that tax revenues from recent college graduates are 11 percent less than they were 10 years ago.)

As another frustrated economist, Jared Bernstein, says, “We may well be unwilling to raise the revenue we need to fight poverty, invest in poor kids, fix up our infrastructure, push back on climate change, and ensure secure retirements for our elderly. But it won’t be because we’re broke.”

But the best summary I’ve seen of the “moral” aspects of the federal deficit comes from Charlie Pierce. He’s not worrying about sounding “serious” to the Very Serious Scolds and other “deficit hawks” who insist that we must only dine-and-dash from a sensible, reasonably priced meal.

Pierce is not a pundit preaching a sermon on spending, but a former sportswriter who knows you have to keep one eye on the scoreboard and the other eye on the ball. That’s why he understands our current “moral deficit” far better than David Brooks et. al., and why Pierce’s constant refrain has become this: “[Forget] the Deficit. People Got No Jobs. People Got No Money.”

March 7, 2012
A fine rant from Scott Paeth on the U.S. Catholic bishops
Next Post