‘A lot of unnecessary suffering and deaths’

‘A lot of unnecessary suffering and deaths’ April 5, 2012 Fred Clark

Matt Yglesias wrote recently about the fact that “Blows Happen to People, Not Just Political Movements“:

… the media tends to portray defeats of climate-related legislation as a blow “to environmentalists” rather than a blow to, say, villagers in flood-prone lowlands or drought-stricken Texas farmers. Once you start paying attention, you see this kind of thing in coverage of all sorts of issues. 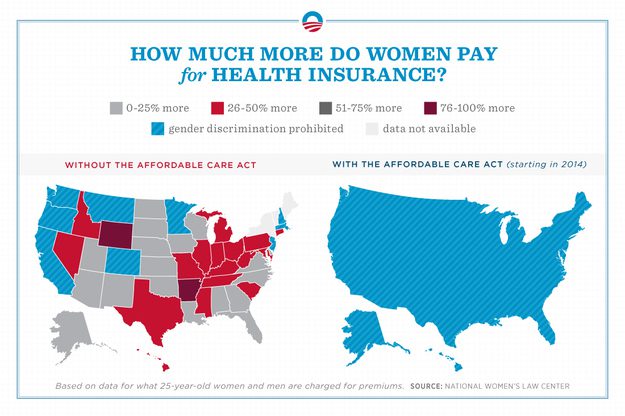 We’ve certainly seen plenty of it in the coverage of the Supreme Court’s consideration of the Affordable Care Act. The loudest talk about this law and the possibility that it might be overturned has focused almost entirely on the political implications — which politicians will “win” and which will “lose” depending on whether the law is upheld or struck down. Will this decision be “a blow” to Obama or to Romney? Will it be “a blow” to the Democratic Party or to the Republican Party?

So it was nice to see this reminder from Ezra Klein about who it is that really has the most at stake in this politicized fight:

There will be a lot of unnecessary suffering and deaths among the uninsured. That’s the real cost of losing this opportunity to insure 30 million people. And it’s a cost that too often gets swept under the rug in Washington’s handicapping of the political fallout.

Did he say “deaths”? Yes. We’re talking about health care, remember, and that means that, yes, lives are at stake. That’s how health care works.

I would have preferred something simpler and more efficient than the ACA — a single-payer, Medicare-for-all system. But we didn’t wind up with what I would have preferred. We wound up with the ACA, which is — right now — the law of the land, although several of the most important reforms don’t take effect until 2014. If the current law is repealed, then some people who now have access to health care because of it will no longer have access to health care. And so, unsurprisingly, some of those people will die.

It’s those people — the tens of millions facing the prospect of “unnecessary suffering and deaths among the uninsured” who have the most at stake in this and reporting on them should be a bigger priority than reporting on how this affects party politics or political candidates.

CNN’s Elizabeth Cohen keeps her eye on the ball with her report, “The Supreme Court, health care reform, and one little girl.” If this law is overturned, then Violet McManus, 3, of Novato, Calif., will likely lose her health insurance, meaning her family will essentially have to bankrupt itself, shedding all assets and savings, so that Medicaid can keep Violet alive.

Andrea Louise-Campbell explains what that means for a family:

May the justices please meet my sister-in-law. On Feb. 8, she was a healthy 32-year-old, who was seven and a half months pregnant with her first baby. On Feb. 9, she was a quadriplegic, paralyzed from the chest down by a car accident that damaged her spine. Miraculously, the baby, born by emergency C-section, is healthy. Were the Obama health care reforms already in place, my brother and sister-in-law’s situation — insurance-wise and financially — would be far less dire. My brother’s small employer — he is the manager of a metal-fabrication shop — does not offer health insurance, which was too expensive for them to buy on their own. Fortunately, my sister-in-law had enrolled in the Access for Infants and Mothers program, California’s insurance plan for middle-income pregnant women. AIM coverage extends 60 days postpartum and paid for her stay in intensive care and early rehabilitation.

But when the 60 days is up next week, the family will fall through the welfare medicine rabbit hole. …

Estimated number of Americans who have already used ACA provisions to get free preventative care through their insurance plans that previously would have been subject to co-pays or deductibles: 86 million

Amount saved by senior citizens because of prescription drug discounts included in the law: $1.5 billion

Number of people who have been able to receive health care because of the Pre-Existing Condition Insurance Plan created by ACA: 50,000

Year in which that provision will apply to all adults, ensuring that people with existing medical conditions have access to care: 2014

If the Supreme Court strikes down the law’s individual mandate to purchase health insurance, estimated percentage increase in premiums for individuals who don’t get insurance through their job: 2.4 to 40

Number fewer people who would have insurance coverage without the mandate: 12.5 million to 24 million

Amount by which repealing ACA would increase the federal deficit: $210 billion

Some of those millions of people who will lose health insurance if this law is overturned will, because of that, get sicker. And some of them will, in fact, die.

A big roundup of recent health care debate links after the jump.

Nothing in the Constitution or history or structure — or precedents, for that matter — provides suitable support for the “mandates are different” intuition, which cannot survive analytic scrutiny. Such an opinion will not write — or if it does, it will not last.

Meaning, with the greatest of respect for an institution and individuals whom I hold dear, I have to teach the stuff that Your Honors write year in and year out to my students. And if a judicial opinion simply fails tests of text, history, structure, and logic—and if it comes down by a 5-4 vote; and if the vote seems to track the party-alignment of appointing presidents; and if the four dissenters are emphatic that the majority’s arguments simply don’t wash; and if the vast majority of us who study constitutional law professionally, including most conservative scholars, agree that these arguments simply don’t wash; and if I already have to do a lot of work to explain Bush v. Gore, in context—well, what will I tell my students when they say to me, cynically, that “it’s all politics”? What will I say, when they ask me (as I have already been asked by one former student): “Just how many presidential elections are five conservative justices allowed to undo?”

Garrett Epps: “The Nine Circles of the ACA”

If you want to know how strange things got, consider that a Justice of the United States Supreme Court suggested that the Court should invalidate the entire 2,700-page Patient Protection and Affordable Care Act (ACA) merely to save him the trouble of reading the whole thing.

… if the majority wants to kill the entire act, they have a rationale that sounds faintly better than “nanny nanny boo boo.”

It isn’t often that the course of history turns on principles taught in freshman economics. But the fate of the health reform legislation is now in jeopardy in part because some Supreme Court justices have so far failed to grasp such principles.

Jonathan Zasloff: “Revolution From Above”

I leave it to others to decide whether this shift in tone reflects the fact that the conservatives at the high court have finally dropped their masks and are prepared to embrace the most extreme language of the far right, or if it represents a bit of acting out that will fall away as opinions are drafted, redrafted, and traded.  My point here is a smaller one: Why bar television cameras from the court’s proceedings if, in the end, oral argument unfolds in unapologetically made-for-television fashion?

Oh, and the answer to the question “If the law fails, what’s next” is that every single person who gets royally screwed, kicked out of their health insurance, etc., should be forcefully and repeatedly asked how they like their GOPcare/teabaggercare. Make the right wing own the mess. They broke it. They bought it. Make them own the misery they create.

(Note Cole’s proper use of the sarcastic/pejorative “pearl-clutching.” Be careful with this one — used improperly, this jibe makes the misuser of it sound really silly.)