Got the world in a jug, the stopper’s in my hand

“Make sure you hang in there until the 1:50 mark to get the full pop-and-lock effect, along with some moonwalking in penny loafers.”

“Far too many churches are answering questions that few people are asking.” 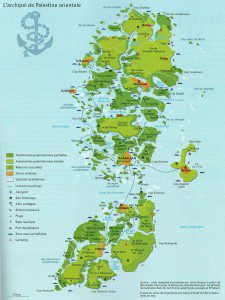 “So, once again, they fail to understand the central meaning of their office: That they serve the church rather than rule it.”

“I have decided that we will not participate in the collecting of signatures in our parish. Doing so would, I believe, prove hurtful and seriously divisive in our community.”

“It always falls back on the patient if the cure doesn’t work and that is where these therapies get cruel. They are trying to do something that is impossible and when it doesn’t work you get blamed for it.”

“I learned that the best way to destroy a prejudice was to have the courage to encounter those we have learned to prejudge.”

“Standing up for justice usually means confronting those who don’t know why they do what they do.”

“They used a deadly combination of trusting in their ability to sell the vividness of their own imaginations combined with a resolute refusal to look a fact in the face.”

“I didn’t know it was against the law to vote.”

“If they are so convinced they are right on the issue, why must they lie about everything?”

“We live in a culture that values neither the career women nor the stay at home moms. Because women live lives that are considered public property, to be legislated and debated and discussed, rather than merely lived, there’s not a woman in the United States who is not facing criticism for her choices.”

“What was happening to these women was a human rights violation that the US government opposes when it is done to Afghan women.”

“On behalf of the great state of Oklahoma I want to take this opportunity to apologize.”

“Before Social Security, people like Vincent were considered unpleasant accidents best kept out of the public eye and certainly undeserving of personhood status.”

“This is not an exaggeration. Check it out yourself.”

“Ryan has every right to promote his budget as a good idea for the country. But let’s spare the crocodile tears for the poor whom he would liberate from “dependence,” and the abuse of social encyclicals to justify libertarian political philosophy.”

“The Affordable Care Act included provisions designed to help stop this scary trend — not just by expanding health care access (many maternal deaths could be prevented with proper care) — but also through the Maternal, Infant and Early Childhood Home Visiting program, created as part of ACA, which provides nurses and social workers to work with high-risk moms, starting before they give birth, to help them have healthy pregnancies and deliveries and support their babies’ health and development after birth.”

“We live in a country that where we routinely feed pigs and cows so much antibiotics that it’s big news when the FDA says we should maybe restrict the practice to animals that are actually, you know, sick, but a human being can die for lack of access to those same drugs.”

“If I had to pick a picture to illustrate the political economy of the United States over the last century, this would be the one.”

(Post title remembers Bessie Smith, Empress of the Blues, who was born April 15, 1894.)

April 15, 2012
A joke and a parable from Peter Rollins
Next Post

April 16, 2012 April 16
Recent Comments
108 Comments | Leave a Comment
Browse Our Archives
get the latest from
slacktivist
Sign up for our newsletter
POPULAR AT PATHEOS Progressive Christian
1