Southern Baptists might do the right thing and fire Richard Land

I first wrote about Richard Land’s awful comments on the Trayvon Martin case because it seemed to me a particularly egregious example of the sort of horrible, nasty dishonesty that politically conservative evangelicals regularly spout with impunity.

I wrote that Land needed to be fired because that was true, but also because I didn’t expect him to experience any consequences or accountability for his hateful rant. It’s beginning to look like I may have been wrong about that. Richard Land’s tenure as the Southern Baptist Convention’s foremost spokesman may be over. If he somehow manages to cling to his job, his influence will be greatly diminished due to his self-inflicted wounds of the past few weeks.

Land seems just as surprised as I am. After all, he has a long history of saying this sort of thing, and it’s never gotten him into trouble before. That history of never being held accountable likely contributed to Land’s arrogant response to the initial criticism of his rant on the Martin case. He doubled down and went even further — condescendingly dismissing criticism from black clergy in the SBC, defending suspicion toward all black males, and framing himself as a courageous truth-teller unbowed by “political correctness.”

Land was thus, by his own doing, all the way out on the farthest part of the limb when Baptist blogger Andrew Weaver discovered that the rant Land was so aggressively defending was, in fact, lifted verbatim, without attribution, from a conservative columnist.

Land was forced to apologize for the plagiarism — or, as he put it, apologizing because, “On occasion I have failed to provide appropriate verbal attributions on my radio broadcast.”

That was followed by a weaselly “apology” over the “misunderstanding” of his anti-black comments and for his “underestimating the extent to which we must go out of our way not to be misunderstood when we speak to issues where race is a factor.”

So his alleged apology directed toward black Baptists essentially accused them of being overly sensitive and being too dim to understand what he was saying because he didn’t “go out of his way not to be misunderstood.”

It appears that Richard Land’s non-apology backfired, badly. … Dwight McKissic, a prominent African American pastor in the SBC who has received attention for his virulently anti-gay views, slammed Land for his initial remarks and his condescending non-apology, and even threatened to boycott future SBC meetings if Land is not repudiated.

At the same time, as Adelle M. Banks reports, the SBC has launched a formal investigation into Land’s remarks and his use of others’ remarks without attribution:

Southern Baptist leaders will investigate whether their top ethicist and public policy director plagiarized racially charged remarks about the Trayvon Martin case that many say set back the denomination’s efforts on racial reconciliation.

The effect of all this has been that Land has begun to lose the presumption of respectability as a long-term leader within the evangelical establishment. A recent blog post at Christianity Today referred to unnamed “white evangelical leaders” who “issue regrettable and hurtful remarks about Trayvon Martin and racial profiling.” And Ed Stetzer of the SBC-related LifeWay Research, while also refraining from mentioning Richard Land by name, offered his “Reflections on Some Unhelpful Remarks“:

It was not long ago when too many Southern Baptists were on the wrong side of the hoses in Birmingham, Alabama. Although individual Southern Baptists have done and continue to do great work in racial reconciliation, and the Convention has made intentional efforts with helpful initiatives, the Southern Baptist Convention still must earn a better reputation for racial inclusion and justice. As such, perhaps SBC denominational leaders are not the best persons to speak into racially charged situations, critiquing the actions of African Americans or African American leaders.

Alan Bean, the executive director of Friends of Justice, knows the South and Southern Baptists in particular. Bean’s take on the slow-motion collapse of Richard Land’s status within the SBC gets to the heart of the dynamics within that denomination:

Land is slowly sinking into the fault line between black and white Baptists in the South. Most white Southern Baptists vote Republican and, like Land, are highly suspicious of America’s first black president. Forty years ago, Southern Baptists passed vague resolutions favoring racial harmony, but little of that goodwill filtered down to the congregational level. The Southern Baptist Convention, as a practical matter, stood foursquare for segregation and the Southern way of life. Although that stance has become an anachronism, commitment to racial reconciliation remains weak. Black Baptists who ignore America’s racial history are embraced and sometimes celebrated. The SBC is poised to elect its first African American president in a couple of months.

But there’s a quid pro quo at work here. Just as Black Southern Baptist leaders are expected to play down the injustice of the past, white Baptist leaders must eschew inflammatory, racially-tinged rhetoric. Land is being condemned by black Baptists because he failed to hold up his end.

… The Trayvon Martin case made it impossible for Dr. Land to keep Baptists on both sides of the race line happy. When the story became too big to ignore, he revealed his true feelings. Immediately, his standing with white Southern Baptists soared, while black Baptists recoiled in horror.

April 20, 2012
Secular or sectarian: Pick one or the other
Next Post

April 21, 2012 'Have a Little Faith in Me'
Recent Comments
16 Comments | Leave a Comment
Browse Our Archives
Related posts from slacktivist 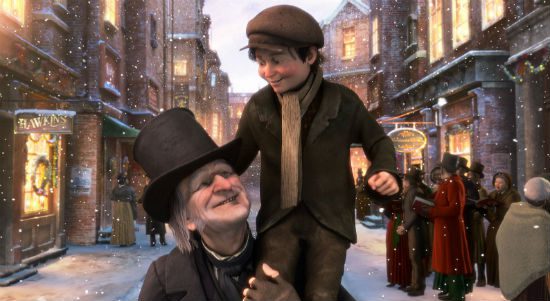 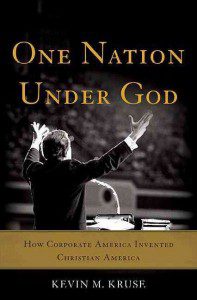