‘The money changers in this temple will not stand’

‘The money changers in this temple will not stand’ May 25, 2012 Fred Clark

“You shall not spread a false report. You shall not join hands with the wicked to act as a malicious witness.”

“Elective abortions are not associated with an increased risk of breast cancer.”

“The truth is that spending, taxes and the deficit are all lower today than when President Obama took office.”

“For the first time in my lifetime, a house of government has dictated what is acceptable theology and has banned sacraments from its properties that do not meet the religious beliefs of legislators.”

“Evangelical churches are usually refuge houses for certain kinds of sinners — the loveless, the self-righteous, those apathetic toward the poor and unconcerned with issues of justice and race, the greedy, the gluttons, and so on.” 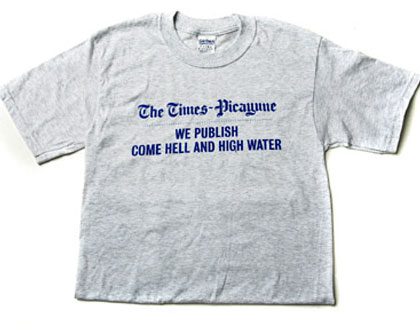 “Why do homosexuals bother you so much?”

“There’s that fine line between what I call a confident optimism and arrogance. And I think people who think like the old Hemingway line — ‘The world is worth fighting for‘ — are appealing.”

“If the United States Congress is serious about cutting costs, it may eventually have to stand up to thirsty car-culture lobbies and back infrastructure that pays durable dividends.”

“Dressed in the clothing of consumer protection, the bill strips away Pennsylvania’s long-held and strongly enforced protections against predatory short-term loans.”

“Welcome to the Vatican death panels.”

“You know, 94 percent of the quotes of the Founding Fathers contemporaneous to our nation’s founding either came directly or indirectly from the Bible.”

“How do you pronounce ‘Faneuil?’”

May 25, 2012 NRA: Switching horses mid-apocalypse
Recent Comments
16 Comments | Leave a Comment
""What the--? There should have been more bonks than that! The well can't be full ..."
damanoid If the Q fits …
"I remember a story a friend of mine told me. She was working in a ..."
dejlah If the Q fits …
"I think more modern dance than ballet."
dejlah If the Q fits …
"Why learn to like it at all? Given the direction that white evangelicalism has taken, ..."
Anatole If the Q fits …
Browse Our Archives
get the latest from
slacktivist
Sign up for our newsletter
POPULAR AT PATHEOS Progressive Christian
1