A Grace Period for people in need

Jesse James DeConto reports for The Christian Century on an alternative to the predatory credit of payday loans:

“I grew up in the inner city, so I’ve seen it all,” he said. “Loan sharks, pawnshops and payday loan companies on every corner.”

Wiles hadn’t considered doing anything about the issue until Rock Dillaman, his pastor at Allegheny Center Alliance Church, preached a sermon on justice. The pastor planted a seed that led Wiles to develop a low-cost payday lender called Grace Period.

Great name. But how does this work? Is this just a slightly cheaper alternative to traditional payday lenders? 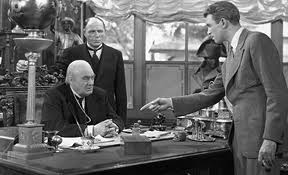 That, in itself, would be a commendable effort. Payday lenders are everywhere in America because poor households often need short-term access to credit to cover the kind of emergency expenses that might scarcely register for a wealthy family. Banks, S&Ls and credit unions could be providing that service, but they’re no longer interested in the modest profit margins of such modest loans. Why do all the hard work of handling thousands of tiny transactions for marginal profits when you can just invest in the latest Wall Street roulette scheme?

So payday lending has become the province of vampires. According to the Center for Responsible Lending, there are more than 22,000 storefront payday-lending operations in America doing $27 billion in annual loan volume. About three-fourths of that lending is from “churning” — rolling over existing short-term loans to keep borrowers on the hook. Such “churning” can result in astronomical effective interest rates, as the CRL explains:

These predators thrive because their customers have no choice. They need this money — just these relatively small amounts, like that $325 loan — and they have nowhere else to turn.

So the idea of Grace Period is to give them somewhere else to turn — somewhere they can get the emergency credit they need without being sucked dry by fees and without falling down the hole of “churning” loans for which the interest exceeds the principle.

That’s why, as DeConto reports, “Grace Period offers free loans for clients who repay them within 13 days.” But it also “requires a long-term savings program so clients can meet their emergency needs in the future.”

This savings program gets a bit complicated, and I’m not sure what the program is measuring when it reports on the effectiveness of its attempts to “encourage personal financial reform,” but Grace Period counts some 3,000 borrowers who have begun to save.

And, in 2010, it provided $1.5 million in emergency lending to people who desperately needed it. As Grace Period’s CEO, Dan Krebs, says: “We’re keeping people from going to places that are really going to take advantage of them.”

The program doesn’t turn a profit, but it pays for itself — for the seven employees who process these loans and payments:

The founders of Grace Period aim to show that the model is sustainable. “Unless it’s self-supporting, nobody’s going to duplicate it,” said Krebs.

Grace Period presented its model at the past two conferences of the Christian Community Development Association, and the agency is encouraging alternative payday lending, which is taking root across the country. The founders of Just Money Advisors, a nonprofit financial planner with clients in 25 states, are working to open another Grace Period in Louisville, Kentucky.

So, yes, this can be self-supporting. And, yes, it can be duplicated. And, yes, other church groups and altruistic people are duplicating it.

But if it’s self-supporting and replicable, then it doesn’t just have to be church groups and altruists doing this sort of thing as charity. Cities, counties and states could duplicate this model as well. Keeping the needy from being preyed on by vampires isn’t just a matter of charity. It’s also, as Pastor Dillaman said, a matter of justice.

June 26, 2012
A Southern Baptist in exile in the Bible belt
Next Post