A deed of emancipation

I had never heard of Robert Carter III until I read this post from Warren Throckmorton last month. 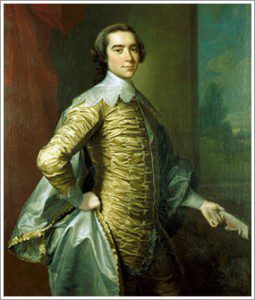 The bad news about Carter, who died in 1804, was that he owned Nomini Hall, a large slave plantation in Virginia. He “owned” more than 400 enslaved persons on that plantation.

The good news about Carter is that eventually he decided to free them all.

After the death of his wife, Frances Ann Tasker Carter, in 1787, Carter embraced the Swedenborgian faith and freed almost 500 slaves from his Nomini Hall plantation and large home in Westmoreland County, Virginia. By a “Deed of Gift” filed with the county in 1791, he began the process of manumitting slaves in his lifetime. His manumission is the largest known release of slaves in North American history prior to the American Civil War and the largest number ever manumitted by an individual in the US.

Andrew Levy has written a history of Carter: The First Emancipator: The Forgotten Story of Robert Carter, the Founding Father Who Freed His Slaves. Levy explores both the problem that Carter’s overlooked example provides (Washington and Jefferson really wanted to free their slaves, but it just wasn’t possible …) and the problems Carter encountered by attempting such a thing. Levy writes:

When the Virginia Assembly passed the 1782 Manumission Act, its members simply did not conceive that someone such as Robert Carter might invoke its liberties: the act did not provide guidelines for how to conduct an emancipation so large that it would take place in more than one county, for instance, nor so complicated that one intimate, familial list might not comprehend the will of the master.

Virginia wasn’t sure what to make of Carter’s effort. Nor was Carter, apparently. Levy writes that he was deeply “divided between the desire to maintain his mastery, or be rid of it.”

But in fits and starts, sometimes resolutely and sometimes reluctantly, Carter gradually made good on the promise of the deed he filed 221 years ago today.

I’ve not read Levy’s book — the above is all from a quick skim. But I have just added it to The List.