But what about all those anti-gay clobber verses?

“I do not believe that homosexuality is objectively immoral,” I wrote the other day. Again. 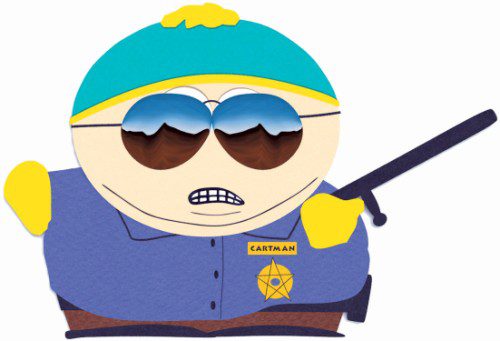 The Bible is not a rulebook. Trying to read it as a rulebook doesn’t work. Read it that way and you’re bound to be frustrated, misled and confused. Filtering through the Bible to pluck out the rules produces two results, neither of them helpful. First it gives you a jar full of context-less rules, and second it leaves behind the vast bulk of the Bible — all those stories and songs, prophecy, proverbs, parables and promises filtered off to the side by the quest for rules.

So the end result of trying to read the Bible as a rulebook tends to be an anxiety about the worth or meaning of this text that expresses itself as a desperate assertion or “defense” of “the authority of scripture.” The greater the anxiety, the fiercer the defense.

And that is the core of the current argument over the “objective immorality” of homosexuality. It’s not really about sex and it’s not really about LGBT people at all — they’re just collateral damage, pawns in a game that doesn’t regard them as players worthy of “our” attention. What the argument is really about is defending “the authority of scripture.”**

Hence the adamant insistence on the anti-gay clobber verses as the absolute, unambiguous final word on the “objective immorality of homosexuality.” It’s not so much a fear of the prospect of LGBT people participating fully and openly in the life of the church, it’s a fear of undermining the authority of scripture — of the terrifying prospect of life without an objective rulebook.

As for the clobber verses themselves, there are six of them. Six. Out of 31,000 or so — but still those six are, in fact, in there.

It’s interesting, though, that these six verses in particular should be where the defenders of the authority of scripture have chosen to make their stand. Only one of them is really a straight-up, hard-core, thou-shalt-not style prohibition. The other five are just vaguely negative passing references.

It seems to me that if you want to reassert the authority of scripture, you’d be on surer footing by focusing on a different set of authoritative biblical rules from the biblical rulebook. The hundreds of verses regarding wealth and poverty offer a wealth of potential clobber verses — all far clearer and far stricter than any of those six brief mentions of stuff-that-sounds-sorta-gay. And those verses can be found in every part of the Bible — all throughout the law, prophets, wisdom literature, Gospels and epistles.

Yet no one seems interested in defending the authority of those clobber verses. They’re not clobber verses at all because clobbering someone with them would draw attention to them, and that’s the very last thing we want.

When I run afoul of the authority of the half-dozen anti-gay clobber verses I get hate-mail informing me that I’m not “really” a Christian at all, just some anti-Bible, anti-God wolf in sheep’s clothing. And yet I have almost never been criticized or challenged for my lifelong, egregious pattern of brazenly flouting hundreds of those non-clobber verses regarding wealth and poverty.

I have life insurance and interest-bearing bank accounts and investments. I am, perpetually, lending with the expectation of repayment. I have more clothes than there are days in a week, more stuff than I need. Every little bit I clean out the fridge and toss away food that’s gone bad. I am thus — absolutely, undeniably and unbiblically — stealing from the needy, the hungry, the naked and the poor. I am now, and for years have been, in flagrant and indefensible violation of scores of explicit biblical commands — all of which are far clearer, less culturally conditional, and less ambiguous than anything in those six anti-gay clobber verses.

And yet none of the Christians so scrupulously concerned with those six verses are the slightest bit concerned with my behavior in this regard. Most of them can’t be, because they’re violating all of those clear commands too. When the subject is “homosexuality,” and I say “the Bible is not a rulebook,” they are horrified and appalled. When the subject is money, they say “Hey, relax, the Bible is not a rulebook.”

Such self-serving inconsistency makes it impossible and unnecessary to treat their claims of concern for “biblical authority” as sincere, honest or legitimate. If this purported concern for the authority of the scriptures were demonstrated in their own lives and their own wallets with even a fraction of the passion they have for Other People’s Genitals, then that concern might merit a more substantial engagement. It is not and therefore it does not.

“By what authority do you disregard the Holy Sextet of anti-gay Bible verses?”

Tell me first by what authority you disregard the hundreds of biblical teachings on wealth and poverty and then I will answer.

In the meantime, nice shoes. Nice car. Nice house. Nice to know I don’t have to take your lectures on the “authority of scripture” any more seriously than you do.

There’s all the rulebook you’re gonna get.

** You’re forgiven if every time you read the phrase “the authority of scripture,” you hear Eric Cartman’s voice pronouncing that word “authori-TAH.” That’s kind of unavoidable.

September 11, 2012
'The visible symbol of aspiration and faith'
Next Post

September 11, 2012 The clobber verses vs. 'the only thing that counts'
Recent Comments
202 Comments | Leave a Comment
Browse Our Archives
Related posts from slacktivist