Just don’t throw it at me

“Hostility doesn’t begin when we encounter the other. It begins when we’re gathered together among us.”

“The oldest trick in the fundamentalist playbook is to mobilize violence against some insult to the faith.”

“There’s not much question about the mutual support society that’s long operated between Muslim-haters and radical Islamists who share a vast stake in escalated hostilities.”

“This image — a Buddhist monk riding on the back of a Catholic priest’s bike — has stuck with me.” 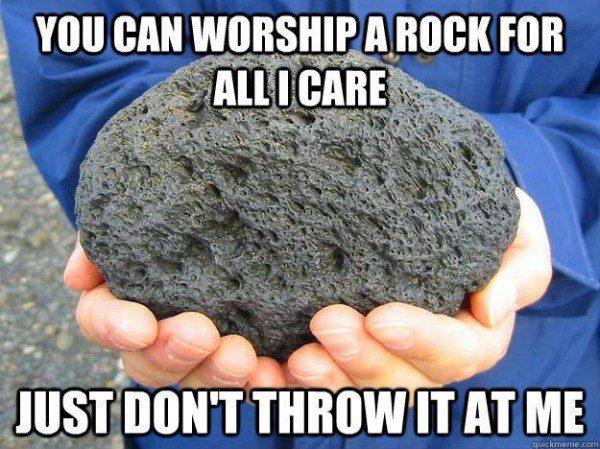 “Crass, undignified and troubling on many levels.”

“Disregarding every other aspect, however, it was graceless and stupid as a matter of politics.”

“I don’t really care what you tell your adopted daughter.”

“Those of Christian-cultural influence must realize that we their children are not just bullets in the culture war.”

“I made 71 motions to add to this platform and 70 of them got passed.”

“What it really represents is the long-established (if occasionally violated) decision by conservative evangelical activists that positions on secular issues like abortion, same-sex marriage, and even the role of the judiciary and of the Constitution, are more important not just politically but even morally than all the ancient arguments over doctrine and dogma.”

“This kind of skepticism — racism at its most common — is in the air. It surrounds us, and upon this willful ignorance, Americans demand proof of Barack Obama’s existence.”

“She’s engaged to be married. … She’s not a sex worker or a nude model. She didn’t write a book about swinging. She’s never mentioned her own sex life in public.”

“You are asking of people to make a choice between remaining a childish reader of Genesis in order to stay Christian, or to become an adult reader and an unbeliever.”

“Strangers cannot know you as your close friends do.”

September 12, 2012
What if I'm wrong about the clobber verses?
Next Post