Religious right leader warns of the ‘darkness’ of Obama

Every day, Right Wing Watch chronicles the apocalyptic predictions of religious right spokespeople warning America of the calamity that would accompany the re-election of President Barack Obama. 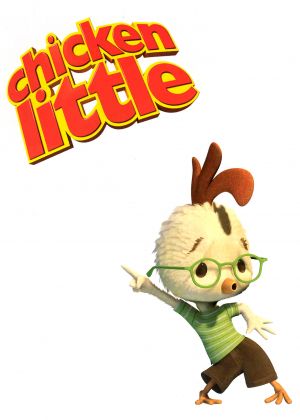 On Monday, religious-right journeyman Robert Knight (formerly of the Family Research Council and Concerned Women for America) said America is “right on the edge of losing our constitutional republic” and that a second Obama term “might just push us over that edge.”

Also Monday, Matt Barber of the anti-gay Liberty Counsel said this election was about “light vs. darkness; good vs. evil.” (The “evil” candidate, just to be clear, is the one who is, you know, “dark.”) This election, Barber said, “may determine whether we as a nation sink or swim, live or die.”

Four more years of Obama will bring absolute socialism to America. Our children and grandchildren will never know the greatness of America that we have experienced.

These folks are on record: If X, then Y. When X happens and Y does not, these predictions need to follow them for the rest of their public lives.

Oh, and what is John Hagee doing worrying about “our children and grandchildren”?

Hagee seems like one of those “Bible prophecy” preachers who makes fistfuls of money warning that the world is about to end, then invests that money in 30-year securities.

A campaign mailer from Ralph Reed’s latest racket asks: “How much danger do you think liberty is in right now as a result of President Obama’s policies, actions and agenda for America’s future?”

Bill Graves is a judge in Oklahoma County District Court. Presumably, then, he’s been to law school. And, I’m guessing, he’s lived here in the U.S. for more than a few months.

So what in the name of James Madison is Graves doing citing the book of Genesis as precedent in his courtroom?

Yes, Graves also reveals himself to be an idiot when he pretends to understand the Bible and DNA, but we can let that slide because he’s not a theologian or a scientist. You don’t have to be an expert in either of those things to be a decent judge.

But you do have to know at least something about the Constitution and American law. And Bill Graves doesn’t.

• Raymond Raines is pushing 30 and he was never given detention for praying in grade school. (I think it’s important to repeat this every time I hear some religious right huckster repeating this bogus legend.)

• Sandy Rios of the American Family Association and Fox News says President George W. Bush left a legacy of peace that President Obama has squandered. “He left them peace, he left them peace for 10 years. And now that’s going ragged because we have been operating under Obama’s policies for the last four years.”

I have no idea, either.

• This discussion at Atheist Revolution is oddly similar to this discussion at Christianity Today. The big difference is that vjack is carefully weighing potential conflicts between political ideology and religious affinity, while CT’s Tobin Grant is defiantly reassuring anyone who doubts it that evangelicals will vote Republican no matter what.

• Note to pseudo-historian David Barton: Playbooks are a football thing, not so much a baseball thing.

• What is the opposite of “delightsome”? This is that.