‘A time to break down, and a time to build up’

“To everything there is a season,” the teacher writes in Ecclesiastes 3. “A time to break down, and a time to build up.”

I was reminded of that by this wise discussion by John Fea of Tracy McKenzie’s talk at the Conference on Faith and History:

Academically trained historians must teach the church with care and sensitivity. For example, they cannot go into an adult Sunday School class and start dropping historiographical bombs in an attempt to kill off cherished myths about the past. Such a practice may be quite common at academic conferences and history graduate programs, but it will only alienate a church audience. In fact, I would even argue that sometimes historians speaking to church audiences must be willing to listen and converse before debunking and correcting false understandings of the past. They must gain trust by behaving more like a Christian than an academic. I have found this approach absolutely essential (although I have often failed in applying it and have learned a lot of hard lessons), especially when speaking to a group of churchgoers whose knowledge of American history does not extend past David Barton or Peter Marshall.

That’s both kind and shrewd. “Dropping bombs” risks breaking a bruised reed. A gentler, more gradual, approach based on relationship over time may persuade many who might only become more rigidly defensive if confronted directly by facts that challenge their “cherished myths about the past.” 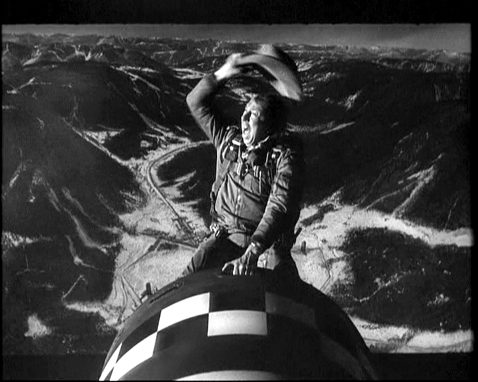 So there is certainly a season for that approach. But there is also, I think, a season for dropping bombs, for direct confrontation and direct challenge.

Some of those “cherished myths” nurtured by Barton and Marshall and the like are not innocent or harmless. A lot of them are, at best, self-aggrandizing and chauvinistic. Many others are much worse than that.

Some myths appeal to noble impulses and noble desires. Others are intrinsically unappealing to the better angels of our nature. The appeal of those myths — reassuring tales of tribal and national superiority — is such that they only take hold when less noble impulses and desires hold sway. As such, I don’t think they can be regarded as matters of mere misinformation. Such myths were not embraced due to reason and gentle teaching and it’s unlikely that such methods can dislodge them.

Warren Throckmorton is back in the saddle, blogging-wise.

Here he is, reassembling a quote from John Adams to show how it was distorted and disconnected by David Barton to claim something Adams never said.

And here he is showing how Barton’s “Founders Bible” cites pro-slavery sources as evidence that America is a “Christian nation.”

It’s good to have him back.

His heart attack and subsequent triple-bypass surgery had many Christians praying, asking God to bring him a full recovery. Throckmorton thanks us for our prayers and expresses his gratitude to God as well. But first he thanks, by name, the many doctors and caregivers whose skill and good work saved his life.

We Christians too often fail to do that. If your kayak capsizes and you find yourself stranded in open water, then by all means pray. But when the Coast Guard rescues you, don’t just thank God for answering your prayers — thank the Coast Guard too.

Via Ed Stetzer, I learn that the Next Big Thing for big-time evangelical evangelism consultants is something that may sound familiar to long-time readers of this blog: Hospitality.

The discussion includes some bumpy phrases, such as “strategic hospitality” — which strikes me as potentially one of those phrases in which the adjective negates the noun. But for the most part, and certainly in the conclusion, it presents hospitality — an accommodating love for the stranger — as an end in itself and not as a manipulative means toward some other goal. Good to see.

October 11, 2012 Chick-fil-A Biblical Family of the Day
Recent Comments
25 Comments | Leave a Comment
"Tucker, even the ‮yxes‬‎ candy has the right to change footwear and feel in a ..."
WingedBeast Jan. 22 Flashback: Lying about Planned ..."
"Thanks. Did that. How do we do an "outcry" on the channel? Commenting on Fred's ..."
David Brown Still a ways away
"On the List of Problems Facing the World, the shoes worn by a computer-generated character ..."
Happy Noodle Boy Jan. 22 Flashback: Lying about Planned ..."
"The folks who remember our discussions about Sensible Shoes will appreciate the fact that Tucker ..."
AnonymousSam Jan. 22 Flashback: Lying about Planned ..."
Browse Our Archives
get the latest updates from
slacktivist
and the Patheos
Progressive Christian
Channel
POPULAR AT PATHEOS Progressive Christian
1