“Nowhere has Mitt Romney’s pursuit of the presidency been more warmly welcomed or closely followed than here in Utah,” says that state’s largest newspaper. But the paper says that Romney is “willing to say anything to get elected,” and cannot be trusted to govern.

Salt Lake City Tribune: “Too Many Mitts: Obama has earned another term”

Sadly, it is not the only Romney, as his campaign for the White House has made abundantly clear, first in his servile courtship of the tea party in order to win the nomination, and now as the party’s shape-shifting nominee. From his embrace of the party’s radical right wing, to subsequent portrayals of himself as a moderate champion of the middle class, Romney has raised the most frequently asked question of the campaign: “Who is this guy, really, and what in the world does he truly believe?” 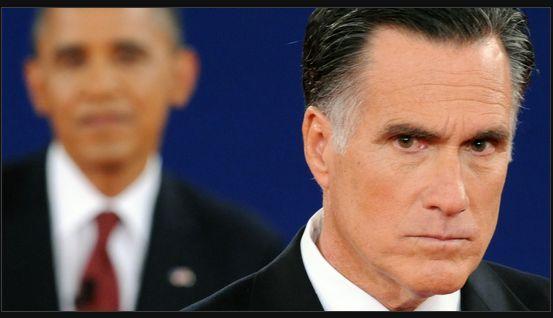 The evidence suggests no clear answer, or at least one that would survive Romney’s next speech or sound bite. Politicians routinely tailor their words to suit an audience. Romney, though, is shameless, lavishing vastly diverse audiences with words, any words, they would trade their votes to hear.

More troubling, Romney has repeatedly refused to share specifics of his radical plan to simultaneously reduce the debt, get rid of Obamacare (or, as he now says, only part of it), make a voucher program of Medicare, slash taxes and spending, and thereby create millions of new jobs. To claim, as Romney does, that he would offset his tax and spending cuts (except for billions more for the military) by doing away with tax deductions and exemptions is utterly meaningless without identifying which and how many would get the ax. Absent those specifics, his promise of a balanced budget simply does not pencil out.

… And what of the president Romney would replace? For four years, President Barack Obama has attempted, with varying degrees of success, to pull the nation out of its worst financial meltdown since the Great Depression, a deepening crisis he inherited the day he took office.

In the first months of his presidency, Obama acted decisively to stimulate the economy. His leadership was essential to passage of the badly needed American Recovery and Reinvestment Act. Though Republicans criticize the stimulus for failing to create jobs, it clearly helped stop the hemorrhaging of public sector jobs. The Utah Legislature used hundreds of millions in stimulus funds to plug holes in the state’s budget.

October 22, 2012
If we won't let Esther speak, at least listen to Mordecai
Next Post