Montana is California’s route to the sea

The problem is that we project our own definition of stupid, bad, evil, and satanic onto our Other (1 John 1:8). Then we can define ourselves as the opposite — smart, good, righteous, and godly — but within this tidy little package, we’ve created Satan in our own image (Rom 2:1).

Pro-life protesters in Chicago’s Daley Plaza on Saturday said that abortion was “worse than Hitler” and that President Barack Obama was a “Communist Nazi.”

“What children’s rights? They want to abort them before they can even become anything,” one protester told independent YouTube reporter DogStar7. “It is worse than Hitler. How many millions of people have they killed compared to Hitler?” 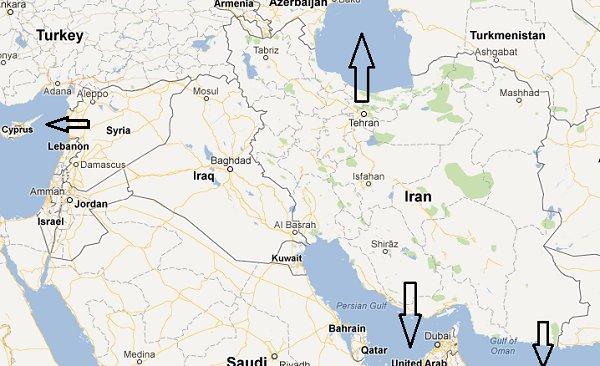 George Marsden: “I don’t think it’s ever a good strategy to exaggerate the facts, to change the facts in order to make a current point.”

The bad news for American evangelicalism is that this needs to be said at all. The good news is that we’ve got people as wise and knowledgeable as Marsden and Noll saying it. But then the bad news (again) is that they’ve been saying this for more than 30 years and don’t seem to be gaining any ground.

The first decade of the 21st Century — the Naughty Oughts — was the first (since the 1940s) that saw no such technological tsunami, making America rich enough to buy from the world.  As the internet boom petered out, we could have made sustainable energy our Next Big Thing. It was proposed, and the rate that China and Germany are getting rich off solar and wind is most impressive!

By coincidence, that was also the decade when the Fox War on Science hit full stride. When science became the right’s enemy number one.

I’m going to make a prediction that I don’t think is mere wishful thinking: 2013 will be the year that immigration reform finally passes.

I hope he’s right. Whether he is or not depends completely on what happens on Nov. 6.

This (funny) video highlights the barriers to healthcare women face in many parts of the world, such as in countries where a husband’s consent is required to get birth control.

The goal of this project is to help improve women’s access to health care around the world by working to remove such barriers. I’m worried, though, that someone like Texas Gov. Rick Perry will see this video and adopt its litany of obstacles to women’s health care as his legislative agenda for 2013.

Related: Christianity Today reports on glimmers of good news for women from Uruguay and Buenos Aires, mistaking it for bad news.

• Here’s one difference between England and American ca. 2012. In England, they have charming eccentrics whose fascination with unexplained phenomena and Forteana leads them to write books about local legends and to give the occasional lecture at the public library. In America, we have much angrier cranks who believe even stranger things, and we elect them to Congress.

• I don’t disagree with Dean Baker lightly, but the headline on this post of his is simply not true: “Not Just Tax Increases, but ANY Deficit Reduction Will Cost Jobs.” The substance of the post is fine, but that headline is just wrong. We’ve got 7.8 percent unemployment. That means that right now the best way to reduce the deficit is to put the unemployed back to work. Creating jobs is deficit reduction. And creating jobs will not cost jobs. Massive investment in infrastructure, right now, would reduce the deficit.

• “Again I saw that under the sun the race is not to the swift, nor the battle to the strong, nor bread to the wise, nor riches to the intelligent, nor favour to the skilful; but time and chance happen to them all.”

• Josh Romney is a handsome fellow. Rebecca Schoenkopf thinks he has Patrick Bateman-like good looks, but I’d say he looks more like a young Robert Redford.

• The Dude abides: “We must end our national problem of hunger through national and political leadership. Charity is nice for some things, but not as a way to feed a nation. We don’t protect our national security through charity, and we shouldn’t protect our families and children that way either.”

October 23, 2012
Chick-fil-A Biblical Family of the Day
Next Post