In the last four years, and despite the global downturn, America has come back from the brink. While pain is still being felt in far too many sectors of the economy, from a macroeconomic standpoint the situation in the United States is better than it is among our allies. According to the International Monetary Fund, today the United States is poised for 3 percent growth, which would make our economy the strongest of the other richest economies, including Canada and Germany. Other influential studies, cited in a recent column by Fareed Zakaria, show that debt in the U.S. financial sector, relative to GDP, has declined to levels not seen since before the 2000 bubble. And consumer confidence is now at its highest levels since September 2007. The housing market is also slowly coming back. While there is still an enormous amount to do to assure a recovery, the president deserves credit for a steady hand during this dangerous and unpredictable time. 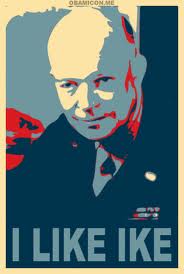 In the last four years, President Obama has also had to contend with a rapidly changing international environment. He ended the war in Iraq, was the first Democratic president to ratify an arms control treaty with the Russian Federation, and rallied global leaders to put nuclear security at the top of the international agenda. The Obama Administration has also been responsible for decimating the top leadership of al-Qaeda and introducing biting sanctions on Iran. Today the president has significant experience in managing foreign relations, experience that GOP candidate Mitt Romney and his running mate, Paul Ryan, do not have.

As a result of this campaign I am more confused than ever about what Mitt Romney stands for. I know little of his core beliefs, if he even has any. No one seems to agree on what they are, and that’s why I do not want to take a chance on finding out.

Given Romney’s shifting positions, he can only be judged by the people with whom he surrounds himself. Many of them espouse yesterday’s thinking on national defense and security, female/family reproductive rights, and the interplay of government and independent private enterprise. In this context, Barack Obama represents the future, not that past. His emphasis on education is an example of the importance he places on preparing rising generations to assume their places as innovators and entrepreneurs, workers and doers, and responsible citizens and leaders. He recognizes, as many of us do, that access to opportunities must be open to every American, regardless of race, ethnicity, or socioeconomic status. This is not an entitlement, but a sound investment in the future.

October 29, 2012
Revisionist memory: White evangelicals have always been at war with abortion
Next Post