‘If conservatives really believe in the evil of abortion, they are morally obligated to embrace a policy that stands to limit it so impressively’

‘If conservatives really believe in the evil of abortion, they are morally obligated to embrace a policy that stands to limit it so impressively’ October 31, 2012 Fred Clark

Eric C. Miller, writing at Religion Dispatches, calls the bluff of evangelicals and others who have based their entire politics on opposition to legal abortion. 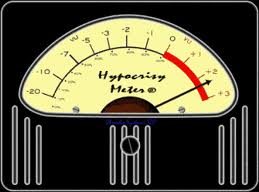 Miller presents the compelling argument for contraception as the most effective approach to radically reducing the abortion rate. If that is the goal — as opponents of legal abortion claim — then the Affordable Care Act is a more effective means of achieving that goal than overturning Roe v. Wade would ever be.

But what if that goal was only a pretense? What if opposition to legal abortion wasn’t really based on a desire to reduce the number of abortions, but were based mainly, instead, on a desire to control and punish women?

Well, if the latter were true, then those claiming to want fewer abortions would be among the loudest opposing the Affordable Care Act and fighting for the candidate who has pledged to repeal it.

This is not hypothetical. This is the evidence we have. This is proof — political action that contradicts the sanctimony and pious words. This is the proof that exposes the disingenuous lie that has shaped American politics for more than 30 years.

On October 3, researchers at the Washington University School of Medicine published a study with profound implications for policy making in the United States. According to Dr. Jeffery Peipert, the study’s lead author, abortion rates can be expected to decline significantly — perhaps up to 75 percent — when contraceptives are made available to women free of charge.

… As most observers surely know, the Affordable Care Act (a.k.a. “Obamacare”) requires insurance coverage for birth control, a provision staunchly opposed by most of the same religious conservatives who oppose legalized abortion. If Peipert is correct, however, the ACA may prove the single most effective piece of “pro-life” legislation in the past 40 years.

… Dr. James T. Breeden, president of the American College of Obstetricians and Gynecologists, called the data “an amazing improvement,” adding, “I would think if you were against abortions, you would be 100 percent for contraception access.”

But it remains the case that, by and large, those most opposed to abortion are not “100 percent for” contraception access. In fact, Peipert’s study comes at a time when more than thirty federal lawsuits have been filed by social conservatives bent on overturning the ACA’s contraception mandate.

… In providing strong documentation that no-cost contraception is successful in dramatically limiting abortions, Peipert has placed the ACA’s opponents in a potentially difficult position. Fierce resistance to abortion is a central plank in the social conservative platform, and has for decades served as one of the standards around which millions of activists and voters have rallied. That a path to the drastic decline in abortions that these individuals have so desperately sought has suddenly been provided them by a president they so openly despise is, at the very least, a political puzzle.

But by addressing the problem of unintended pregnancy—rather than the politically fraught problem of abortion — “Obamacare” addresses the issue at its root. Though abortion has served as the central locus of the “culture war” for nearly forty years, it has always been a secondary concern — a problematic solution to a deeper and less sensational problem. By insisting on mere illegality, pro-life forces have turned a blind eye to the troublesome side-effects of illegal abortion even as they dedicated themselves to a largely symbolic political victory.

In the Affordable Care Act’s contraception mandate, we have a previously unimaginable opportunity for satisfying compromise on abortion. In accordance with liberal demands, the procedure will remain safe and legal, and reproductive choices will be extended to those who have been unable to afford them in the past. In exchange, conservatives will see abortion rates plummet, achieving a result comparable to that of illegality but without the fierce controversy or government imposition in the lives of individuals.

… If conservatives really believe in the evil of abortion, they are morally obligated to embrace a policy that stands to limit it so impressively.

October 31, 2012
Chick-fil-A Biblical Family of the Day
Next Post

October 31, 2012 A positive, but partial, step for manufactured homes in Pennsylvania
Recent Comments
255 Comments | Leave a Comment
Browse Our Archives
get the latest from
slacktivist
Sign up for our newsletter
POPULAR AT PATHEOS Progressive Christian
1