‘Then you have not understood them’

“If it seems to you that you have understood the divine scriptures, or any part of them, in such a way that by this understanding you do not build up this twin love of God and neighbor, then you have not understood them.”

“A number of people produce at will such musical sounds from their behind (without any stink) that they seem to be singing from the region.”

“Paul says that the meal the Corinthians were eating was not the Lord’s Supper because they were, in the way they practiced the meal, humiliating, despising, and shaming the poorer members of the church.” 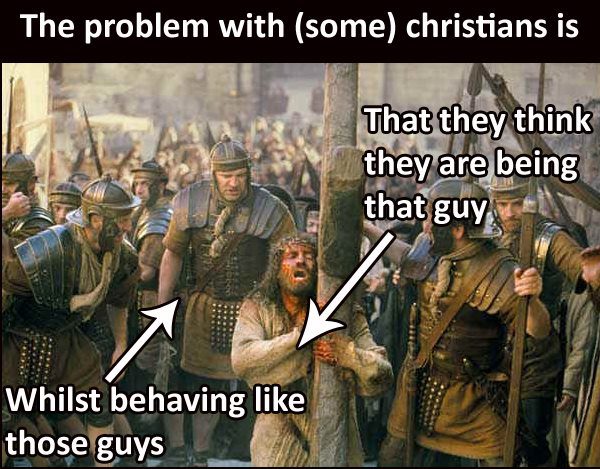 “I am not a Christian, but if I was, I suspect the following verses from the Acts of the Apostles would have an impact on my life.”

“Every time God forgives us, God is saying that God’s own rules do not matter as much as the relationships that God wants to create with us.” (via AZspot)

“This kind of quiet heroism, I felt, allowed for more dramatic forms of heroism when circumstances called for it.”

“As the old coach began to climb the hill, Mr. Lincoln jumped out, ran back, and lifted the little pigs out of the mud and water and placed them on the bank.”

“When we carve words into granite on the National Mall, we make excellent choices.”

“It is desired and expected by this court that you should carry neighborly and peaceably without just offense, to Jos. Garlick and his wife, and that they should do the like to you.”

“We’re trying to get people to see that states don’t fall into the ocean because they allow equality.”

“I can’t help thinking that this has more to do with the continued forced control of women’s bodies than with any moral viewpoint or freedom of religion.”

“He’s screaming at people. I had a feeling something like this would happen.”

“Bishop Al is telling his troops, Don’t read Rachel’s book, for it makes a mockery of scripture. And he’s warning evangelical publishers to stop publishing books like Rachel’s. But guess what, this will backfire too.”

“The mere mention of or giving thanks to God is not an expression of piety, if the result is that you depict God as a monster.”

“Through Hurricane Sandy, God is alerting mankind that ‘there is an eternity of suffering ahead’ for those who do not repent and is therefore really ‘a matter of grace.’”

“You can’t be a Christian if you don’t own a gun.”

“For years our elite media has promoted bigots and misogynists as our moral betters and ethical standard bearers.”