• In Italy, you can be convicted of manslaughter for failing to predict an earthquake. Apart from the general absurdity of Italy’s legal argument, it’s hard to imagine a worse or more dangerous step for undermining both honest science and public safety.

• The Consumerist provides a valuable tool: “A Guide to Figuring Out Executives’ Email Addresses.” Executive Email Carpet Bombs can be very effective — that’s why these addresses are easily accessible to the public. 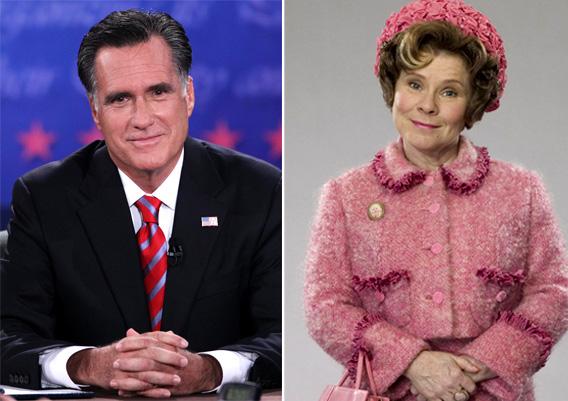 • Beverly Mann is absolutely right that “The Quiet Fact That Obama Should SHOUT About” is a terrific example of good government serving and protecting the people of America. It’s evidence that Obama is on your side, and that ought to matter to voters. But Mann’s conclusion, that “Obama could put this election away within the next few days with a few clearly-stated, specific facts of this sort” presumes that this election is about facts and truth and reality. If that were the case, he’d have put the election away ages ago.

• The Peace Pastor asks, “Will Texas admit it killed an innocent man?” Answer: No. But it did.

• I would be extremely proud if one day I could claim a list of accomplishments as impressive as those listed in this campaign ad about Matt Varilek. Strangely, this isn’t an ad for Varilek, it’s for the incumbent, South Dakota’s Republican Rep. Krisi Noem. According to Noem and her party, getting a master’s degree, studying in Cambridge, and being hailed internationally as an expert are disgraceful misdeeds that voters should punish.

• Police in Montana say a man was having an affair with his neighbor’s wife, so he lay in wait for the neighbor and shot the unarmed husband three times, killing him in cold blood. And that’s why police won’t be pressing charges.

• You’re Not Allowed to Kill Civilians.

• Rudy Giuliani thinks he’s got a “zinger,” saying that if insurance plans are going to cover birth control, then they “should cover Viagra. It’s only fair.” Since insurance plans already do cover Viagra — including plans for those patriarchal Christians railing against birth-control coverage — then Giuliani ought to be demanding coverage for birth control. “It’s only fair,” right, Rudy? Right? … Hello? … Rudy?

• Here’s an Obama endorsement from someone who has actually accomplished what no Republican has in my lifetime: balanced the federal budget. Brad DeLong explains “Why I Am Going to Vote Against Mitt Romney, in Case You Were Wondering.”

• This is what the Internet is for: Doktor Zoom takes a literary journey inspired by a tweet from Sen. Grassley. “Assume Deer Dead,” he says, “is literature itself.”

“So we beat on, deer against the traffic, borne back ceaselessly into the past. …”

• Last week, thanks to the greedy little guy ransacking the Indian corn on our porch, I realized for the first time that chipmunks can store food in their cheeks just like hamsters. This week, via It’s Okay To Be Smart, I learn something slightly less adorable about our little friends.

• Pastor Chris’ ideas in “Spitballing the Future of the Church” echo some of Scott Paeth’s ideas in his “Church for Freaks” series. Chris, meet Scott. Scott, meet Chris.

• It could be bunnies. For Halloween, Kate Nash and band play “Once More With Feeling.” Pretty cool idea and it seemed fun, though “Where Do We Go From Here” is a bit of a downer for ending a set at a rock club.

• John Fugelsang: “Limbaugh just called Christie ‘fat & a fool;’ which is like having Rush call you a draft-dodging woman-hating addict bigot.”