The religious liberty right to believe that algebra is an abortifacient 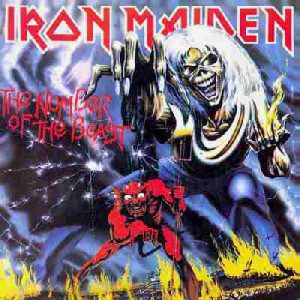 Does the school have an obligation to accommodate the delusional belief that beef comes from pigs? Tyndale House says yes. The Christian publisher says it has a right to its own sectarian facts and sectarian reality, and that no such thing as objective truth exists that might constrain that.

The Rutherford Institute — which is like a much more thoughtful and interesting version of the religious right — is making a similar legal argument on behalf of a Texas high school student who objects to the GPS tracking in her school’s student ID badges.

One could certainly argue that this is an intrusive violation of students’ privacy, but the religious right does not believe in privacy. So instead the Rutherford lawyers are arguing that the ID badge violates the student’s “religious liberty,” because she believes she’s being asked to accept the Mark of the Beast spoken of in the book of Revelation.

The student’s beliefs are factually wrong — demonstrably so. Her beliefs are based on poor exegesis, scientific ignorance, a haughty disdain for others, and a preference for fearful lies over objective truth. Yet they remain her beliefs. And thus, Rutherford says, she has a legal right to be foolishly, fearfully wrong. Sure, her church seems to be the sort of place that abuses the Bible, cherry-picking distorted proof-texts to reinforce a stunted, fearful incomprehension — but it’s still a her church.

This is why the law surrounding religious freedom attempts to remain neutral about the legitimacy of religious claims, restricting itself to evaluating instead whether or not the state has a compelling secular interest in regulating behavior related to those claims. A school district can probably manage some accommodation for a student who claims to think ID cards are the Mark of the Beast, but what of students who claim to believe that vaccination is the Mark of the Beast? Or what if a student, emboldened by Tyndale House’s suit, claims that his religion forbids algebra because it is an “abortifacient”? (That claim would have as much basis in reality as Tyndale’s own supposed “belief” about contraception does.)

The bottom line, for me, is that we should try to accommodate even delusional kooks just as long as they are not hurting anyone else. The Texas student doesn’t seem to be hurting anyone else, so she can likely be tolerated as That Weird Kid With No ID Because She Thinks Everyone Else Is The Antichrist. She may cling to a theology that literally demonizes the entire school district, but since it’s also a flaccid, impotent theology that doesn’t require her to confront this supposedly Satanic evil in any meaningful way, she’s probably mostly harmless.

But Tyndale House is not harmless. The publisher is refusing to provide the health insurance its employees have earned. That is “wages kept back by fraud,” as the book of James says, and it should not be legally permitted, no matter what trumped up religious delusions Tyndale claims as justification for such wage theft.