But those “secrets” refer to allegations of prolonged cruelty, manipulation, assault, abuse and murder. Some may want to avoid reading more of this story, which reads like one of those horrifying texts of terror from Genesis or the book of Judges. It ends the same way those stories do, with an innocent woman tormented and left for dead. 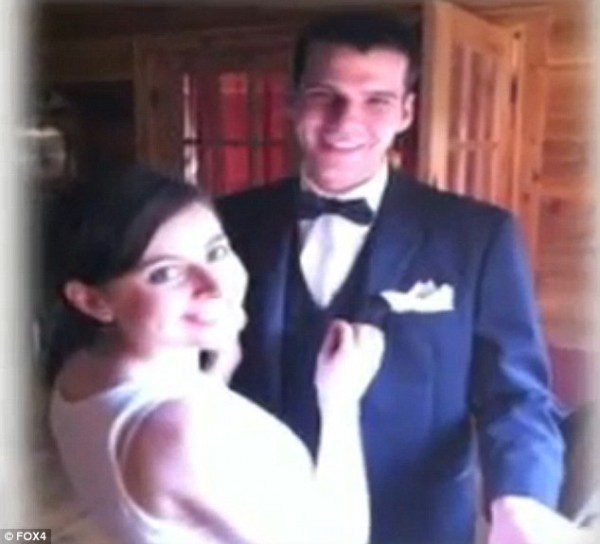 It was Nov. 6, and they wept for Bethany Deaton, dead at 27. … While Deaton spoke in calm and assuring tones, at least one of his closest inner circle apparently was starting to come undone.

Three days later, investigators say, 23-year-old Micah Moore would go to police and uncork the terrible secrets that allegedly occurred over several months at a Grandview home where Deaton and other members of his religious group lived.

Witnesses told of a clan of young adults making sex part of their religious experience, of men in the group sexually assaulting Bethany over months, and of Deaton’s role as their “spiritual leader.”

But Moore’s darkest admission, according to court records, was that Deaton feared Bethany was about to reveal the group’s secrets.

Moore confessed that he had murdered Bethany and tried to make it look like suicide, and, according to court documents, he said Deaton told him to do it.

Robertson and Bradley paint a portrait of Tyler Deaton as a charismatic, dogmatic and driven young man. He gathered a core of followers while attending Southwestern University in Georgetown, Texas, and led them to Kansas City, to study at the International House of Prayer (Wayne Besen provides some background on IHOP at Truth Wins out):

“He believed God could fix things,” a student said.

One of his group’s stark positions on Scripture was that homosexuality was wrong. Deaton’s stance against it weighed heavily because members said he had “struggled with being gay.”

“He struggled with it, but he overcame it,” a member of his group at Southwestern said. “It was a victory.”

Timothy Kincaid at Box Turtle Bulletin notes that this idea of “victory” or “deliverance” from being gay is part of IHOP’s religious teaching. And here’s IHOP leader Mike Bickle sharing his view that homosexuality “opens the door to the demonic” and to “flaming missiles of the Evil One.”

I suppose Bickle and the folks at IHOP would say that is what happened to Tyler Deaton, and thus, as a result of his “opening the door to the demonic”:

Bethany was sexually assaulted over a period of months while drugged with someone else’s prescription anti-psychotic, witnesses in the house told authorities. This was happening, the witnesses alleged, in a period of time that male members in the house were involved in sexual relationships with Deaton, one saying it was part of a “religious experience.”

An alternative possibility is that Deaton was stressed past his breaking point by a delusional “therapy” that promised miracles it could never deliver.

Take someone under that sort of strain, then teach him to embrace the duplicity and dishonesty of such delusions, and then train him to view the world as a Manichaean struggle between good and evil. That’s a powerful recipe, but not for anything good.

A friend of many of the people who went to Kansas City is haunted now, remembering the close friendship and like-mindedness she saw in Moore and Bethany.

“They were both introspective, quiet-mystical people,” she said.

She watched them go from Southwestern, the same as so many others year after year, to join the evangelical adventure.

“It’s like they believed they were going into a storybook,” she said. “They were going to be equipped for the end times. For them it was heroic.”