I’ll be the church, you be the steeple

“The notion here is that theology can’t be done properly if it doesn’t begin where God begins — with, among, and for the poor.”

“To talk about Christ the King is to talk about what it means for us to be Christian in a world saturated with the lust for power and the greed for wealth.”

“Everyone understood there is more to being a church than gathering each week to impress people with hairdos and wardrobes.”

“The ‘Christian’ message being heard in the outside world isn’t really ‘how can we best bring justice to the poor’ but ‘how can we protect what we have, the poor can fend for themselves.'” 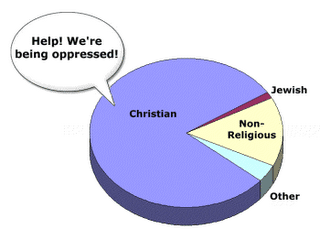 “This Jesus came into prominence in the 1970s, the brainchild of Jerry Falwell and others who united with him to forge Christian America into a political army.”

“Imagine how her stunted emotions, her ability to compartmentalize other people’s pain, must play out in every attempt at human intimacy.”

“As persons who seek the truth about things we distinguish in our minds between appearance and reality.”

“So we had this old Cary Grant classic Room for One More on in the background this afternoon and I just heard Robert Osborne explain that after an earlier broadcast the network had been inundated by angry viewers demanding to know why they cut the word God from the pledge of allegiance in the movie.”

“Being advised to lie to maintain or receive sacraments is not terribly sacred nor does it seem very Catholic, but lying is becoming routine in the upper echelons so maybe it is some new form of Catholic truth.”

“In 1662, a woman named Christian Caddell had watched one of Scotland’s most famous witch-prickers at work, and thought ‘I could do that!'” (via)

“They died before I was born, in circumstances none of us will ever understand. But they were my brothers and sisters.”

“If we keep having these conversations, some youth workers won’t come to the NYWC; and some senior pastors will forbid their youth pastors from attending.”

“Why is it that when politicians want to demonstrate just how religiously righteous they are, they talk about banning same-sex marriage and making contraceptives hard to get, instead of showing what they have done to protect the weak?”

“Take care of the sick, and the poor, and shut up, or at least be Seamus Heaney.”

“All I want is for him to recognize that this is a pluralistic and multi-faith society and to realize that the law should reflect our diversity of opinion about moral matters.”

“This may continue until the Presbyterian in a fit of desperation invites the fundamentalist in to chat over a beer.”

November 26, 2012
Chick-fil-A Biblical Family of the Day
Next Post