All I can do is wish you well

“It’s to show that you’re a member of a club, and that club has economic and political power. Well, leave me out of it.”

“If you live in America and you understand that we are a Christian society then you can’t be offended by things like that or you shouldn’t live here.”

“The Father that Jesus revealed is interested in voluntary personal relationships with real persons, not coercive monarchical relations with the constructs of nation-states.” 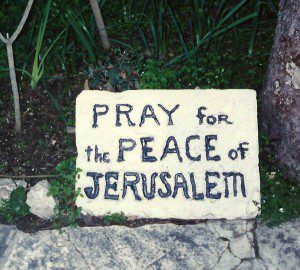 “Prayer for the Children of Abraham/Ibrahim”

“The only people who make me more ill than the two active sides in this endless slaughter are the people far from the killing grounds who are so very goddamn sure they know what to do.”

“But attempting to construct equivalencies is no way to feel better about the death of children; and the point about messiness is why one gets angry at wars, not why one shrugs at them.”

“It’s completely asinine and invalid in conversations about Israel and Palestine to try to silence any criticism of the sins of one side by producing a list of what the other side has done as though they cancel each other out.”

“Since when is dehumanizing people — God’s creation — an acceptable Christian view?”

“In the end, many Americans decided that colonial expansion was not worth the price of brown men having sex with white women.”

“Water systems everywhere are in desperate need of upgrade, and this would serve as economic stimulus at a time when it’s still a good idea.”

“Although there have been no reports of explosions in ­Boston from any of the 3,300 leaks, the study comes three years ­after a Gloucester house ­exploded probably because of a cracked and corroded gas main dating to 1911.”

“An explosion fueled by a gas leak has injured eight people and destroyed two buildings in downtown Springfield, Mass., including a local strip club.”

“He was not particularly eloquent or brilliant; he just refused to back down in the face of injustice.”

November 28, 2012
Chick-fil-A Biblical Family of the Day
Next Post