“And now he is reunited with his brother, with whom he has struggled his entire life — ever since they grappled with one another in the womb. And he looks at his brother, and he sees the face of God.”

“I feel like I need a shower. It’s gross, wrong, sickening, infuriating, confusing and a host of other things unpleasant.”

“Leaving fundamentalism means learning to accept the Bible on its own terms, loving it for what it is, not what we want it to be.” 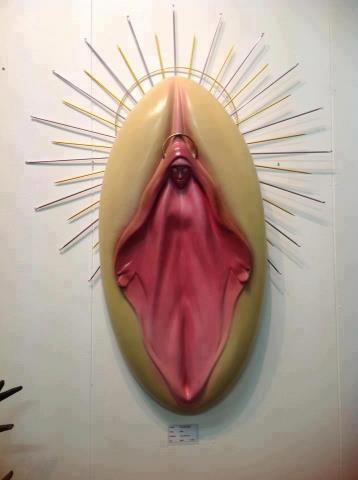 “No one with any background in biblical Hebrew or who is minimally conversant with the nature of biblical narrative — or just narrative in general — would tolerate this type of confused reasoning.”

“The primary meaning is not the surface meaning.”

“In my world, you don’t get brownie points for wanting people on an even playing field. It’s a minimum standard of decency.”

“The so-called middle ground that’s supposed to prevent disunity always ends up excluding women in an attempt to keep those who want to restrict their ministry happy. And funnily enough, this doesn’t exactly instill in women a sense of unity and grace.”

“Calvinism is the perfect religion for males who are real bastards and want an excuse to stay that way.”

“This creating out of passion and love, the carrying, the seemingly-never-ending-waiting, the knitting-together-of-wonder-in-secret-places, the pain, the labor, the blurred line between joy and ‘someone please make it stop,’ the ‘I can’t do it’ even while you’re in the doing of it, the delivery of new life in blood and hope and humanity? This is the stuff of God.”

“Well, for an Episcopalian — whatever — you are alright.”

“So. What are we to make of the morality tale of giving the homeless man a pair of shoes when the man is not homeless, has an undesirable past and has apparently discarded the shoes?”

“I will keep giving my daughter a coin to give the man, until that man no longer needs it.”

“St. Nicholas was a beast. Mother Teresa, Oskar Schindler, and Samuel L. Jackson all rolled into one. What an absolute crushing beast.”

“Although this is James Dobson’s first novel, it’s far from his first work of fantasy.”

“He won’t follow anyone for now. He will be followed.”

“People with hemispatial neglect are not aware that something is missing, so why would they seek it out?”

December 10, 2012
Chick-fil-A Biblical Family of the Day
Next Post