Memory vs. Hobby Lobby: Evangelicals and contraception and why Denny Burk is not a conservative

Memory vs. Hobby Lobby: Evangelicals and contraception and why Denny Burk is not a conservative January 10, 2013 Fred Clark

In a post discussing her “Religious hopes for 2013,” Carol Howard Merritt struggles to reconcile what white evangelicals are saying today about contraception with what they were saying until just a few years ago:

Growing up as a teen in a conservative Christian culture, I read Passion and Purity. I was advised to take the pill for medical reasons and refused because I thought it would make sex more tempting. I also thought that using a condom would be like premeditated sin, because you would have to have to buy them beforehand and plan on having sex. But there was no sense that birth control was somehow tied to abortion.

This is a radical act, the act of remembering when the powers that be are telling you not to. Merritt remembers what evangelicals taught when she was a teenager and she remembers that it was the opposite of what evangelicals are teaching and saying and fighting legal battles over today. 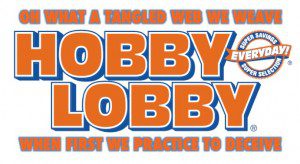 But even though Merritt isn’t old, and her teenage years weren’t that long ago, one still doesn’t have to remember back that far to remember a time when what evangelicals thought and taught about contraception was very different from the position they claim in their current political war against health care.

And if you can remember all the way back to those bygone days, then you can not only remember when evangelicals were saying something different about contraception, you can understand why and how they changed. As Merritt writes:

The Religious Right took up the cause of birth control because the Roman Catholic Church is against birth control. Since the Religious Right evangelicals and some Catholics could join forces and become more powerful in their shared quest to defeat Barack Obama, then they decided to add birth control as an issue. We began to hear the pill referred to more as an “abortifacient.”

This presented a challenge for white evangelicals opposed to health care. If they were going to join the bishops in making contraception a political wedge-issue, then they would need some new pretext for their new position.

They might have easily pieced together such a pretext from the foundation of chastity and purity culture that Merritt recalls from her teenage years in evangelical youth groups. That might have been semi-plausible.

White evangelical political operatives opposed the HPV vaccine because it works — because by effectively protecting women from a cancer-causing STI it removes one potentially lethal consequence of potential extramarital sex. Sure, that would save lives, but only the lives of sex-having women. And it would save those tarnished lives at the cost of making extramarital sex less risky and therefore, possibly, theoretically, semi-plausibly (if not at all actually) slightly increasing the possibility that more good Christian daughters might become sex-having women rather than saving their unspoiled virginity as a precious gift from father to husband.

Evangelical opposition to contraception on that basis would have been consistent with previous evangelical thinking and teaching about sex. It may be callous and inhuman in the way it elevates virginal purity above the health, safety and well-being of women. And it may be based on patriarchal assumptions about male control of daughters and wives that would have seemed horrifyingly backwards even in Jane Austen’s day. But it would have been compatible with other things those same evangelicals had previously argued. It would not have been a radical break that contradicted decades of previous, public, documented evangelical thought and teaching.

And let’s be very clear: the “abortifacient” nonsense now embraced as a political weapon by white evangelicals — the false claims about contraception being argued in court by Hobby Lobby, Liberty University and even Wheaton College — is just such a radical break and contradiction. It is both untrue, factually, and a stunning reversal from what those very same evangelicals were saying, teaching and believing publicly less than 10 years ago.

For purely political reasons — opposition to health care reform — white evangelical leaders chose to embrace a Catholic-like position against contraception. But, not being Catholic, they could not embrace the Catholic basis for that position. So instead they abruptly latched onto a long-discredited falsehood — a delirious, bogus theory that was once only the property of the American Life League and its cohorts on the gothic, lunatic fringes of the anti-abortion movement. “Contraception is abortifacient” the folks from ALL would shout, and evangelicals in the mainstream of the anti-abortion movement would roll their eyes. “You’re not helping,” evangelical pro-lifers would tell the folks promoting this abortifacient nonsense. “False claims and fabricated science and a misunderstanding of human biology are not good for the cause.”

But now, apparently, the cause has decided that such false claims and fabricated science and fractured biology might be politically useful. The bogus fringe theory is now mainstream. Not just Liberty University mainstream, but Wheaton College mainstream. It’s Hobby Lobby Appreciation Day mainstream.

Southern Baptist bishop Denny Burk posted a mendacious defense of Hobby Lobby’s anti-contraception stance, describing contraception as “chemical abortions.” Burk doesn’t care that this is not true. Nor do the more than 102,000 (!) evangelicals who “liked” Burk’s post on Facebook seem to care that this is a lie and that it contradicts what he and they all believed about contraception just a few years ago. What evangelicals very recently knew to be a lie is now the mainstream, semi-official evangelical view.

This is a radical change. And even more radical — and very, very dangerous — is the pretense that it’s not a change. The audacious and frightening aspect of all of this is that Burk and Hobby Lobby and Wheaton seem to have convinced thousands of their fellow evangelicals to abolish their own memory of what they were all saying and teaching and believing just a few years ago.

Not history, mind you. Not tradition. Not the sort of thing that anyone needs to research or to dig up in musty archives somewhere. We’re talking about recent, living, personal memory.

Burk and the Hobby Lobbyists and the others all describe themselves as “conservative,” but there is nothing conservative about this denial of memory.

I don’t mean that they’re not conservative because they’ve changed their position. Anyone is allowed to do that, even conservatives who are normally averse to change.

But trying to change the past itself — to abolish or rewrite memory — is neither progressive nor conservative. I’m not sure what to call it. “Orwellian” would seem to fit, since exactly this was Winston Smith’s job in 1984. “Romneyesque” might also seem apt.*

What does it mean to follow leaders who are not bound by fact or memory?

You may wake up tomorrow only to learn that all right-thinking evangelicals now believe in transubstantiation.

Absurd? Sure. But once you rule out all regard for fact and memory, then there’s no avoiding the absurd. If evangelicals let their leaders get away with this “abortifacient” lie and with the Orwellian pretense that it’s not a contradiction of their past teaching, then those leaders can get away with anything.

And they probably will. These folks have already demonstrated that if they see some potential political gain to be had from saying anything, then they’ll say it. Even if they know it’s not true. And even if saying it requires them to contradict what they themselves used to teach.

We can’t expect them to stop because of facts or because of memory or because of truth in any other form. The only hope is that eventually they’ll realize that this particular political lie isn’t working well and that it’s time to move on to the next one.

* What this attempt at revisionist memory really reminds me of is the Omphalos hypothesis — the “apparent age” variation of young-earth creationism sometimes mocked as “Last Thursday-ism.”

Omphalos means belly-button. According to this theory, Adam was created by God as a fully grown man — complete with a belly-button despite never having been born. So too, the theory says, the universe was created fully grown. It was actually created only 6,000 years ago, but created in such a way that it appears to be billions of years old.

The Omphalos theory has the virtue of being irrefutable. By claiming that what is apparent can tell us nothing about what is, it defies the very possibility of counter-evidence. By the same reasoning, though, it can provide no evidence for its claim that the universe is “really” 6,000 years old and not, instead, actually only 6,000 minutes old, or even just six seconds old.

You may think you have memories of a time before six seconds ago, but those memories — like Adam’s belly-button — might have been created six seconds ago along with the rest of your apparently older-than-six-seconds body, the semi-digested breakfast in your stomach, and the light from distant galaxies already reaching our brand-new, but 4.5-billion-year-old seeming planet.

The flexibility, unreality and unreliability of fact and memory that the Omphalos theory encourages is quite similar to the denial of fact and memory now being advocated by evangelicals suddenly claiming that contraception is “chemical abortion.”

So I suppose my question is this: Does Denny Burk have a belly-button?

I’d guess not. But please, please do not send any shirtless photos confirming or denying this.

January 10, 2013
Chick-fil-A Biblical Family of the Day
Next Post