Steve Chalke, a Baptist minister and popular evangelical leader/author/speaker in the UK, has endorsed same-sex marriage, making his case in an article for Christianity magazine — a mainstream evangelical publication that’s kind of the UK version of Christianity Today.

I feel both compelled and afraid to write this article. Compelled because, in my understanding, the principles of justice, reconciliation and inclusion sit at the very heart of Jesus’ message. Afraid because I recognize the Bible is understood by many to teach that the practice of homosexuality, in any circumstance, is “a grotesque and sinful subversion,” an “objective disorder” or, perhaps slightly more liberally, “less than God’s best.” 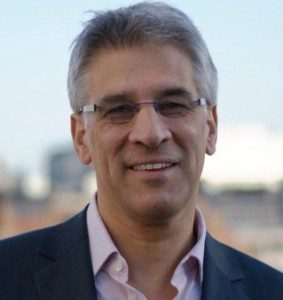 Some will think that I have strayed from Scripture – that I am no longer an evangelical. I have formed my view, however, not out of any disregard for the Bible’s authority, but by way of grappling with it and, through prayerful reflection, seeking to take it seriously. My prayer, in writing, is therefore to encourage a gracious and mature conversation around an extremely important pastoral and theological issue that impacts the lives of so many people.

… Some argue that any talk of rethinking our response to homosexuality is to compromise with the secular preoccupations of the West. In my view, however, it is the task of all those worldwide who take the Bible’s text seriously and authoritatively to grapple constantly with what it means to recognize our neighbor and to love them as we love ourselves.

… Christ-like love calls us to go beyond tolerance to want for the other the same respect, freedom, and equality one wants for oneself. We should find ways to formally support and encourage those who are in, or wish to enter into, faithful same-sex partnerships, as well as in their wider role as members of Christ’s body.

He includes a meaty discussion of the clobber verses and of what he sees as his pastoral imperative. This is not an article or an argument that Chalke’s peers in the evangelical leadership — in the UK or here in the US — can easily dodge or dismiss.

Brian McLaren notes that Chalke has been called “the Billy Graham of the UK.” A bit hyperbolic, perhaps, but it gets at his status as an esteemed figure in the evangelical establishment there. Chalke is sometimes described as “controversial” due to his critical views of violent theories of atonement, but his evangelical bona fides are not disputed.

Tony Campolo describes this as a bombshell that will:

… cause reverberations far and wide. His statement represents the first time that a major evangelist and leader in the evangelical community has come out in support of same-sex relationships. Discussions about what he has done will reverberate from churches, youth groups, seminaries, Bible schools and denominations. Both those who support same-sex partnerships and gay marriage as well as those who oppose such developments will look upon Steve’s declaration as a watershed. It is one more evidence that a major shift is taking place on this controversial subject, not only within mainline Christianity, but among evangelicals.

In light of the recent hubbub over Louie Giglio, it’s noteworthy that Chalke is, like Giglio, active in the movement against human trafficking. And if you go back to the 1990s, I’m sure you could find Chalke making statements similar to those Giglio made back then. But the difference is that Chalke has been thinking, engaging and growing since then.

He has been reflecting on the issue for some years, it seems. Back in 2001, Chalke wrote an article for the same magazine (then called Christianity and Renewal) entitled “What might Jesus say to Roy Clements about the Church and the Homosexual debate?”

The Rev. Roy Clements was a major leader who resigned his pastoral role and was ejected from the Evangelical Alliance, following two decades of high profile ministry, when he revealed that he was gay, left his wife and began a relationship with another man.

Clements continues to practice “solidly Bible-based expository preaching,” and he and Chalke, whose views then echoed the majority evangelical position against gay relationships, engaged in a correspondence.

Yesterday I described the frustration of dealing with those who never see reaching out as a waste of time. I imagine that the Rev. Clements was at times frustrated, too, during his 12 years of correspondence with his friend Steve Chalke. But sometimes such patience and faithfulness is rewarded. (And for those of us who spend much of our time writing or reading or commenting on blogs, it’s heartening to be reminded that sometimes this is how the world is changed — by “engaging in a correspondence.”)

With his latest comments, Chalke will now be numbered among a growing number of significant evangelicals on both sides of the Atlantic who are arguing that commitment to the Bible and traditional Christian belief is not incompatible with recognising faithful gay relationships.

“Numbered among a growing number” is a bit awkward, but it conveys the momentum that the good guys have in this struggle — and the momentum we just gained from Chalke’s public support.

January 15, 2013
Who should pray at the inauguration? How about nobody?
Next Post