It is a logical impossibility for Social Security to go bankrupt. We can voluntarily choose to suspend or eliminate the program, but it could never fail because it “ran out of money.” 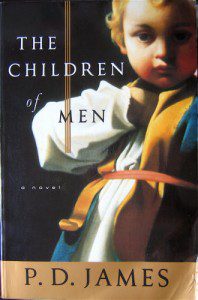 … This is how Social Security actually operates. As you can see, this needs no prior financing or savings, nor would that appear to be particularly helpful. At the national level, maintaining a class of retirees (whether via Social Security or private pensions) means redistributing existing output, not putting money under your mattress. Although you can run out of money for retirement, we, as a nation, cannot.

What, then, you may ask, is the Social Security Trust Fund, the pool of money that people say will dry up and make it impossible for anyone to receive their Social Security payments? It is the surplus that resulted from having collected more in taxes than was necessary to pay out to retirees. Let me say that again: it is how much existing workers were overtaxed relative to the need to pay retirees in the past. It was never the source of the money we’ve been paying to Social Security recipients all these years. Strictly speaking, it’s completely unnecessary if we are able to precisely and continuously match tax revenues and pay outs.

Yes. Please remember this: Anyone who tells you that Social Security is “going broke” is either lying to you or, at best, does not have the first clue how Social Security works.

It is not an account that can be depleted, it is an arrangement between generations. As long as there are generations, then Social Security will continue to exist.

There is no debt or deficit that can interfere with that arrangement. The arrangement, like any promise, can be deliberately broken, but it cannot go broke.

Only two scenarios can be imagined to make Social Security stop working:

January 24, 2013
Fingers are crossed, just in case
Next Post