‘And we all lose ourselves in the end’

“Why are there so many of me and so few of you?”

“I learned that you did not submit the voucher to the accountant, and that you made reservations for 40,000 rupees and kept the remainder claiming you have a right to do so.”

“Though Rice is 43, he’s a freshman. That means, theoretically, he could play another three seasons and become a 47-year-old senior.” (via John Fea)

“As the undertaker prepared her sister’s body just a few feet away, Ida Wood suddenly grew talkative. She said she had been a celebrated belle in the South and a prominent socialite in the North. Her husband was Benjamin Wood, the brother of Fernando Wood, former mayor of New York and perennial congressman. She had, despite her complaints to the bellhop, a good deal of cash stashed in her bedroom.” 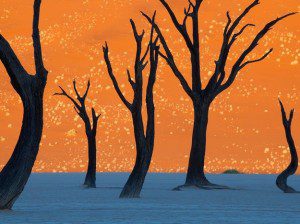 “The Gospel of Mark was the first draft of a doctoral candidate’s dissertation. He submitted it to his adviser who suggested the need for more background information about Jesus’ birth, maybe some more teaching material, and a stronger ending. …”

“I’m weary of people saying God speaks directly to them about mundane matters of reasonable human choice, so that their choices of toothpaste and wallpaper are actually God’s choices. … I mean, if all this were really happening, wouldn’t these people be picking better stocks?”

“Someone explain to Rep. Paul Broun of Georgia that if you call the head of state of your country a ‘Marxist dictator’ and you don’t get disappeared or just flat-out shot in the face in the public square for saying it … he’s probably not a Marxist dictator.”

“The first big church fight wasn’t about the doctrine of the Trinity or how to describe the person of Jesus. Those would come later. The first big argument was about racism.”

“Something within me I cannot explain indeed.”

“Killing a 39-year-old is still homicide in my book.”

“Or, as my mom used to say, priests need to be able to marry, so they can have at least one person in their lives who can tell them when they’re being an a–hole.”

“‘I still feel bad about it,’ says Father Raftis, who is now a priest in Montana. ‘But I got Joe.'”

January 30, 2013
Chick-fil-A Biblical Family of the Day
Next Post