Missouri-Synod Lutherans: Interfaith action against gay people is fine, but not prayers for slain children

Christ the King Lutheran Church is in Newtown, Conn. The church’s pastor, the Rev. Robert Morris, prayed at the vigil the Sunday after the massacre at Newtown’s Sandy Hook Elementary school in December.

A Lutheran pastor in Newtown, Conn., has apologized after being reprimanded for participating in an interfaith vigil following the shooting massacre at Sandy Hook Elementary School.

… Morris’ church is a member of the Lutheran Church–Missouri Synod, and the denomination’s constitution prohibits ministers from participating in services with members of different faiths.

It’s not the first time a Missouri Synod pastor has been reprimanded for joining an interfaith prayer service; a New York pastor also was suspended for participating in an interfaith service after the 9/11 terrorist attacks.

Chaplain Mike at Internet Monk calls this “ridiculous religiosity,” and quotes from the Reuters report: 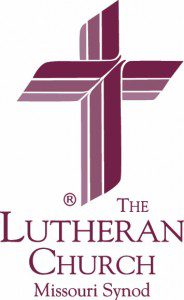 Earlier this month, the president of the Lutheran Church—Missouri Synod, Pastor Matthew Harrison, wrote a letter to church members saying he had requested an apology from Morris for his participation in “joint worship with other religions.”

“There is sometimes a real tension between wanting to bear witness to Christ and at the same time avoiding situations which may give the impression that our differences with respect to who God is, who Jesus is, how he deals with us, and how we get to heaven, really don’t matter in the end,” Harrison wrote.

“There will be times in this crazy world when, for what we believe are all the right reasons, we may step over the scriptural line,” he wrote.

So, OK then, the Lutheran Church-Missouri Synod wants to avoid any appearance of squishiness about its core beliefs that might come from joint worship or joint prayer or standing alongside members of other denominations or other faiths. It doesn’t even matter if a community like Newtown or New York is united in grief from a grave tragedy. What matters most is that the LCMS never give the impression that it can co-operate with what are, in their view, false denominations and false religions.

No co-operation. No appearance of comity and partnership. No coming together or working together in any way that might blur these essential differences.

OK, that was Wednesday’s news. Here’s the news from Tuesday: “Mormons, other religious groups file brief in support of Prop 8.”

And who would those other groups be?

Other groups whose names are on the brief are the National Association of Evangelicals, the Ethics & Religious Liberty Commission of the Southern Baptist Convention; the Lutheran Church-Missouri Synod; the Union of Orthodox Jewish Congregations of America; the Romanian-American Evangelical Alliance of North America; and Truth in Action Ministries.

So praying for the victims of tragedy with other members of the community is forbidden. But interfaith coalitions are just fine when it comes to kicking LGBT people.

This isn’t hypocrisy. It’s just that the people in charge of the Lutheran Church-Missouri Synod hate gays way more than they love the schoolchildren of Sandy Hook.

As president of The Lutheran Church — Missouri Synod, I take responsibility for this debacle. I handled it poorly, multiplying the challenges. I increased the pain of a hurting community. I humbly offer my apologies to the congregation, Christ the King Lutheran Church, Newtown, Conn.; to Pastor Morris; and to the Newtown community. I also apologize to the membership of our great church body for embarrassment due to the media coverage.

That’s a forthright, proper apology. I hope that the leaders of the LCMS, NAE, SBC, LDS, Orthodox union and Romanian-American Evangelical Alliance are just as genuine when, someday soon, they offer their apologies for that amicus brief against the rights of same-sex couples in California. And, yes, that day will come.

February 7, 2013
The revolution will be blogged: Evangelical women challenging purity culture
Next Post