This is another story I did not know. This is a story everyone ought to know. 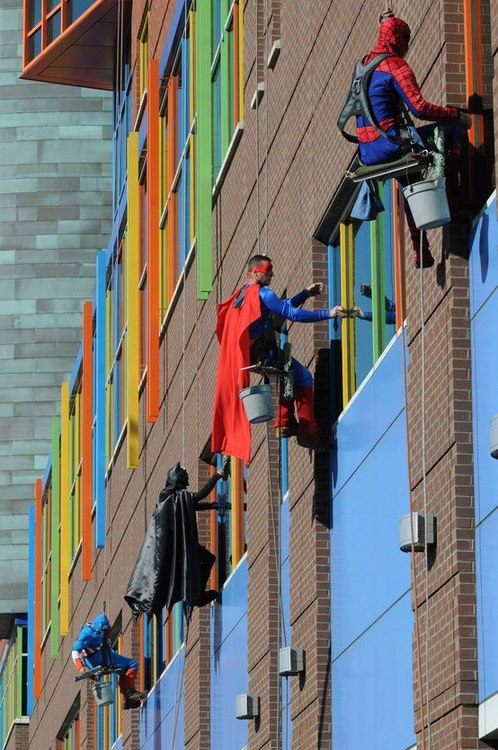 • My wife has never watched a complete episode of Star Trek. And yet she’s a huge fan of George Takei. Here’s part of why.

• This is bass-ackwards. With unemployment above 7 percent, we shouldn’t be cutting Saturday mail delivery, we should be adding Sunday mail delivery. Quitting your job to save on the cost of commuting is not a smart way to fix your finances.

The U.S. Postal Service, by the way, is still really good at what they do.

• What do Mary Lou Retton, Barry Manilow, Bob Barker, The Temptations and the Mennonite Central Committee have in common?

• “How to Write a Worship Song (in 5 Minutes or Less)” Nicely done, Blimeycow. Nicely done.

• World Vision continues it’s mission of providing clothing for the poor while confusing much of the world about the history of American sports. (Eventually, some entrepreneurial kid in the developing world is going to set up an eBay account and test the waters to see how much she can get wealthy American sports fans to pay for a “2005 World Champion Houston Astros” T-shirt.)

• James McGrath asks why it is that “all conservative arguments lead to abortion“? I suspect part of the answer to his (mostly rhetorical) question is something Atrios often says:

So how to respond when these two things are mixed together? There’s the rub.

• It seems like every younger generation at some point has to remind the older generation of activists that young people can be committed activists too and not just a bunch of apathetic slackers free-riding on the accomplishments of their forbears. Carly Manes does this with more patience than I had when I was her age. I wound up coining a new word just as a way of flipping the bird to the old folks to remind them that the kids they dismissed as slackers were more active than they realized. Ch-ch-ch-changes.

• MaryAnn McKibben Dana notices the same thing, writing, “As a member of Generation X, who heard a lot of the same criticisms leveled at me and my generation that I am now hearing about the Millenials, it is reassuring indeed.”

She links to a Scientific American piece by Maria Konnikova that says one thing all generations have in common is a tendency to think the next generation of young people is different: “When I was your age …: Or, what is it with kids these days?”

Baseball lost a piece of history yesterday, as my great-aunt Edith died, about a week shy of what would have been her 101st birthday.

Edith Houghton was a ball player, a WWII veteran, and the first female scout for a major league team. Quite a story, quite a life, quite a woman. Lavonne “Pepper” Paire-Davis, the inspiration for Genna Davis’ character in A League of Their Own, also passed away this week. Sad week for baseball.

… noted that law schools did a poor job at emphasizing that court decisions should be based on the letter of the law, and recalled that even school children who visited the Supreme Court had referred to the Constitution as a “living document.”

It’s a funny coincidence: That was the exact same response many American evangelicals had to Steve Chalke’s essay on why the Bible demands that the church follow Jesus’ example of radical inclusivity and begin blessing same-sex marriages.

Evangelicals rejected Chalke’s careful exegesis and his hermeneutic argument, saying it’s the letter of the Bible, not the trajectory of its message, that matters. “It’s not a living document. It’s dead, dead, dead.”

• Stay warm and stay inside, Chris, and everybody else northeast of here.

Progressive Christian
I changed the name of this town
slacktivist