A long, and victorious, weekend

I’m happy to be back indoors (and back online) today after two long days shivering on the sidelines of a rugby pitch in Lancaster County.

The Frostbite Tournament brought the first five rugby games of the new season and my daughters and their team are now 5-0 as their Downingtown RFC girls team brought home the big trophy (again). 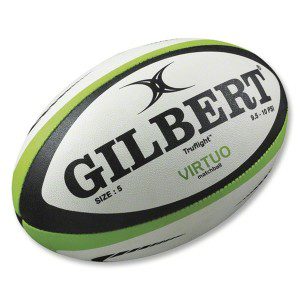 “The important thing is that you won,” I told them in the voice of the character I use for what is by now an old joke in our family, the joke in which I pretend to be a caricature of the worst kind of sports-parent imaginable. “And that means your mother and I love you again … at least until your next game, then we’ll see.”

Behind that joke, there’s a bit of a paradox. They know we love them win or lose, and that we wouldn’t be any less proud of them if they hadn’t won. And yet we’re proud of their success. To love someone means that love is never conditional on their achievements and yet, because you do love them, their achievements make you happy.

I think any parent who isn’t a caricature understands that, and I think that suggests something about why our attempts to make sweeping, categorical, abstract doctrinal statements about grace and works or a “doctrine of merit” wind up so confusing and confused.

Jesus invited this comparison, after all, saying, Come on, would any of you really treat your kids that way? “Is there anyone among you who, if your child asks for bread, will give a stone?” And sometimes, the way I hear some of my fiercely Reformed friends talk, I worry that they’re thinking, “Well, the depraved children only deserve stones, but I might give unwarranted bread to the elect child …” Love doesn’t work like that.

But I don’t want to Jesus juke you with this post, so let’s set aside such theological musing for now.

My point here is just to say: 1) Sorry about the lack of posting while I was off watching rugby; and 2) The girls are kind of awesome and I’m enormously proud of them.