Concubines and ‘biblical families’: Literalism, inerrancy, slavery and a great deal of money

So the Rev. Billy Ray, a third-tier televangelist, gets caught up in scandal when it’s revealed that the “tithes and offerings” he collected from his viewers went to support a lavish, decadent lifestyle.

The most damning feature of the scandal is Billy Ray’s “sex house” — a separate mansion from the one he shared with Mrs. Billy Ray. The sex house, it turns out, was where three of Billy Ray’s long-term mistresses lived. He provided them all with room and board and a generous “stipend” from his ministry. And he went there, regularly, almost daily, to have sex with one or more of these women.

Just to be clear, the Rev. Billy Ray is fictional — any similarity between him and any actual televangelist is purely coincidental (and, sadly, inevitable). But such a scandal is not difficult to imagine. Nor is it difficult to imagine the universal condemnation that Billy Ray would be subject to due to the audacious sinfulness of his “sex house” arrangement.

But this is a perfectly biblical arrangement. It is, in the pages of scripture, a common and a holy arrangement — one that Billy Ray has in common with some of the most righteous and revered figures of the Bible.

“Concubines.” Look it up. Get out a concordance and do a good old-fashioned evangelical word study.

The Bible is teeming with concubines. The Bible is filled with men who kept them, and whose keeping of them is presented as evidence of their prosperity and of divine blessing and reward for their righteousness.

“Concubine” is an archaic word and it describes an archaic arrangement. The idea seems so alien to our culture, our mores and values, that it’s hard for us now, in the 21st century, to read all those many tales of good men and their blessed concubines and fully absorb what we’re reading in those ancient stories.

A concubine wasn’t quite a wife and she wasn’t quite a slave. Wives and slaves were both considered “property,” and so were concubines, but they were a slightly different kind of “property” than either wives or slaves.

“Mistress,” I suppose, gets close to the idea. Yet we tend to think of mistresses as illicit and hidden and morally suspect, and concubines were none of those things. The arrangement was so unlike anything we’re accustomed to today that it’s hard to know even what sort of verbs to use to describe the arranging of such an arrangement. Did these men “have” concubines, or did they “take” them? Or maybe “take up with” them? The practice was formal, established, legally condoned and religiously sanctioned, but it was so different from anything we can imagine nowadays that we have difficulty discussing it. 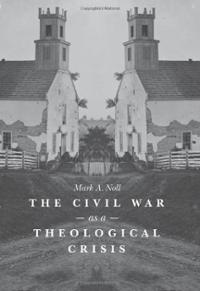 And yet this practice, it turns out, is not all that distant from us historically. There do not seem to be any concubines or any system of concubinage in the New Testament, yet centuries later than that, here in America, the system was revived and it thrived for generations, once again enjoying legal and religious sanction just as it did in the time of Abraham and the time of David.

That’s an inconvenient bit of history. Concubinage is one of those things, like animal sacrifice or dietary laws, that modern Christians would prefer to dismiss with an inter-testamental hand-wave, mumbling something about “ceremonial law.” After all, Jesus and Paul and the other apostles never said anything to reaffirm the scriptural practice of keeping concubines. But American Christians did. And they did so as recently as the Buchanan Administration.

It gets worse, because this is not some obscure historical footnote, some mere tangent to American theology or American Christianity. This is the heart of the matter, the core of every ongoing discussion of Christianity here in the U.S. The explicitly biblical defense of concubinage — and of American slavery more generally — shaped the way we American Christians approach the Bible to this very day.

Turn again to Mark Noll’s important The Civil War as a Theological Crisis and you will find the roots of contemporary white evangelical hermeneutics — a prooftexting appeal to the authority of a “literal” reading of an “inerrant” Bible.

Noll characterizes this face-value, “literalist” hermeneutic as one influenced by “common-sense” philosophy and by the anti-intellectual, pietistic, and anti-traditionalist strains he describes so well in his other book on The Scandal of the Evangelical Mind. And certainly those were all factors in the appeal that this approach to the Bible had for the defenders of slavery.

By 1860, there were more millionaires (slaveholders all) living in the lower Mississippi Valley than anywhere else in the United States. In the same year, the nearly 4 million American slaves were worth some $3.5 billion, making them the largest single financial asset in the entire U.S. economy, worth more than all manufacturing and railroads combined.

That’s $3.5 billion out of a total GDP of about $4.3 billion. We’re not just talking about a huge amount of money, but about most of it.

Am I suggesting that the protection and preservation of wealth shaped what was to become the dominant hermeneutic of white evangelicals?

Yes. Yes, I am suggesting exactly that. If it seems crass, simplistic or reductionist to suggest that money could influence the way Christians read the Bible, I would simply point out again that we’re talking about a staggeringly large amount of money.

But anyway, let’s get back to poor Billy Ray. The man is being vigorously condemned for a living arrangement that is identical to the arrangement the Bible offers as evidence that Abraham and David were blessed by God.

Is that fair? Is it fair to call Billy Ray immoral for something the Bible itself never condemns?

Well, our friend Owen Stachan says that would be unfair. Strachan says:

All that God teaches us in Scripture is right. Christ and his apostles do not indicate at any point that the Old Testament is immoral, and in fact say the opposite. To say otherwise is to indicate that God is not absolutely right, and his word is not trustable.

The Bible condones concubinage, so therefore declaring concubinage immoral is an attack on the Bible itself. That’s the logic of Strachan’s argument (although he’s not talking about concubines specifically there, but about genocide, actually).

Yet I’m not sure Strachan would stick to that argument if he were actually confronted with something like the Rev. Billy Ray and his sex-house filled with concubines. My guess is that logical consistency wouldn’t prevent him from joining in the chorus of disapproval over Billy Ray’s extramarital sexcapades. Billy Ray might be able to mount a strong “biblical” defense of his 21st-century concubines by appealing to the same hermeneutic that Strachan claims to uphold, but I don’t think even the most literal-minded inerrantists would be inclined to let him get away with that.

These days, unlike 160 years ago, there’s not a vast amount of money at stake in such a biblical defense of concubinage.