Christian college fires woman for not getting abortion

San Diego Christian College allegedly fired an employee for not getting an abortion.

The school says its “community covenant” forbids employees from having extramarital sex, but the school also seems to want everyone to know it doesn’t actually care about that. 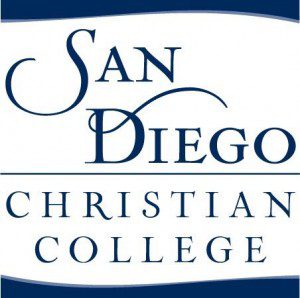 See, what happened was an unmarried employee of San Diego Christian turned up pregnant, so they fired her, allegedly for violating the “community covenant.”

But then they allegedly offered her old job to her fiancé — the expectant father-to-be.

If this woman had gotten an abortion, she’d still have her job. That’s what San Diego Christian College apparently wanted her to do. That’s certainly the incentive they’ve built into their “community covenant.” And that incentive is doubly reinforced by the double-standard in how that “covenant” is enforced for women as opposed to for men.

The lesson here is to be careful taking a job with those “pro-life” Christian types. They really mean it when they say they’re not pro-choice. They’ll fire you for choosing not to get an abortion.

It’s fascinating to contrast the Feministing post linked above with the coverage of the same story from Christianity Today.

Feministing understands the key to the story:

The real kicker here is that the very same school that fired [the employee] once she became visibly preggers, offered a job to her then fiancé (the two are now married and he said no) who was, presumably, engaging in the very same premarital sex.

Christianity Today chose not to notice that. They focus, instead, on the fact that the former employee is being represented by “high-profile lawyer Gloria Allred.”

CT readers are expected to boo and hiss at the mention of Allred’s name. Hence the title of the CT piece, “Gloria Allred’s Latest Target: Christian College That Fired Pregnant Employee.” She’s one of those feminists, you know, and it’s always “Target: Christian” with those people.

CT’s reflexive anti-feminism leads them to side against Allred and her ideas about women having the right to control their own bodies. And so, just like San Diego Christian College, CT ends up siding against a woman due to her choosing not to have an abortion.

And what about all that “saving babies” business? Meh, whatever — as long as the women who have sex get punished, that really doesn’t seem to matter to these folks.

March 5, 2013
The adults who taught and encouraged this are guilty of child abuse
Next Post