NRA: Steppin’ Out With My Baby

Rayford Steele is home alone in his apartment in New Babylon. For just a second, it seems as though he’s about to have a real human emotion:

Rayford thought he had had enough sleep, catching catnaps on his long journey. He had not figured the toll that tension and terror and disgust would exact on his mind and body.

“Tension and terror and disgust” are surprisingly appropriate responses to what he has witnessed over the past 24 hours — hopscotching across America just ahead of the destruction of Chicago, Dallas and San Francisco. But we quickly realize that the scope of Rayford’s concern isn’t big enough to include everyone in those cities — or even to include anyone in those cities, not even the young co-pilot whom he had sent off to certain death without any word of warning.

In his and Amanda’s own apartment, as comfortable as air-conditioning could make a place in Iraq, Rayford disrobed to his boxers and sat on the end of his bed. Shoulders slumped, elbows on knees, he exhaled loudly and realized how exhausted he truly was. He had finally heard from home. He knew Amanda was safe, Chloe was on the mend, and Buck — as usual — was on the move. He didn’t know what he thought about this Verna Zee threatening the security of the Tribulation Force’s new safe house (Loretta’s). But he would trust Buck, and God, in that.

Rayford’s circle of concern includes his wife, his daughter and his son-in-law — the four members of the “Tribulation Force” — and that’s it. Even Loretta exists only parenthetically, as the source of something he needs more than as a person. After witnessing the destruction of several major cities, including his own home town, Rayford thinks of only one refugee from that violence, and then only to worry that her finding refuge with Loretta might jeopardize Loretta’s ability to provide a refuge for him.

It seems the only way Rayford is able to acknowledge other people is when he imagines he has some cause to resent them.

Rayford stretched out on his back atop the bedcovers. He put his hands behind his head and stared at the ceiling. How he’d love to get a peek at the treasure trove of Bruce’s computer archives. But as he drifted off to a sound sleep, he was trying to figure a way to get back to Chicago by Sunday. Surely there had to be some way he could make it to Bruce’s memorial service. He was pleading his case with God as sleep enveloped him.

Getting back to Chicago by Sunday could prove difficult, what with Chicago no longer being there.

By “Chicago,” of course, Rayford really means the Chicago suburbs — which were miraculously unscathed by the non-radioactive nuclear bombs that fell inside the city limits and on O’Hare International Airport (killing an untold number of Rayford’s former colleagues there). 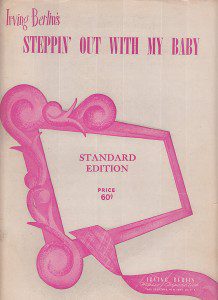 But Rayford desperately wants to attend “Bruce’s memorial service” — the ceremony he and Buck have arranged in honor of their late friend, and only their friend. Bruce was one of dozens killed in the first wave of missile strikes on Chicago, which destroyed the hospital near the church where he had been a patient. Other members of the New Hope Village Church congregation may also have been patients there, or health workers, and it seems unlikely that Bruce would be the only person the congregation would need to memorialize even just from that first attack.

But that attack was quickly followed by the destruction of the airport, and then the all-out assault on the city of Chicago itself. The authors, like their heroes, never seem interested in how many thousands or millions might have been slain or injured in these attacks, but surely it must include so many people — including so many personally and directly beloved by members of NHVC — that the idea of a memorial service focused only on Bruce would have to seem absurd and appalling.

Keep in mind that the authors told us about “a huge aerial attack on the city of Chicago” on page 63. We’re only on page 148. In Chapter 3 they destroyed the city of Chicago and here we are, opening Chapter 8 with Rayford Steele “trying to figure a way to get back to Chicago by Sunday.”

That’s not merely a continuity error. That’s a rejection of the entire principle of continuity.

(I’m trying to do justice to how very, very wrong those two sentences are, but all I can come up with is: “As she drifted off to a sound sleep, Leia was trying to figure a way to get back to Alderaan by Sunday. Surely there had to be some way she could make it to Obi Wan’s memorial service.”)

After a short scene between Buck and Chaim Rosenzweig (which we’ll return to later) Rayford is jolted from his sleep by — what else? — a ringing telephone.

It’s Hattie Durham calling. This provides Jerry Jenkins with a chance to review and rehash Hattie’s history in this chapter the same way he did Chaim and Tsion’s history in the last chapter. First, though, we get one of those unnecessary phone conversation scenes in which characters belabor all the logistical details of when they will next meet to talk in person.

There’s a full page of that here, but here’s the important bit:

“Rayford, I really need to talk to you. Nicolae … said he didn’t have a problem with my talking with you. I know you want to be appropriate and all that. It’s not a date. Let’s just have dinner somewhere where it will be obvious that we’re just old friends talking. Please?”

“Hattie, do me a favor. If you agree this shouldn’t look like a date, don’t dress up.”

“Captain Steele,” she said, suddenly formal, “stepping out is the last thing on my mind.”

“Stepping out” has many meanings, but it seems the authors are only aware of the sense of the phrase as sung by Fred Astaire in Easter Parade. I choose to think this is meta-Hattie briefly asserting herself, subtly mocking the middle-aged Rayford by tossing in some antiquated 1940s slang.

The odd thing here is that it would make sense for Rayford to worry that this meeting appear “appropriate and all that” and that it mustn’t “look like a date.” Hattie Durham is the fiancee of the global potentate — a man whose word is law and who annihilates whole cities on a whim. It could be very dangerous for anyone to get the misimpression that you are stepping out with his girlfriend. Rayford should be nervous about this meeting for all the same reasons that Vincent Vega had to be nervous about taking Marsellus Wallace’s wife out to dinner in Pulp Fiction.

Yet none of those very reasonable fears seem to occur to Rayford Steele. He isn’t worried about angering the potentate. He isn’t even worried about providing what could later be a pretext for his disappearance/detention/dismemberment by his boss the Antichrist. (Although, to be fair, the Antichrist of these books doesn’t seem devious and conniving enough for that to be something Rayford would have to worry about. This is disappointing. I prefer my super-villains more on the devious and cunning side.)

No, Rayford wants to be sure that this dinner “shouldn’t look like a date” because he is a married man and he doesn’t want to give any hint of moral impropriety.

And that’s just kind of weird. He doesn’t have to worry about Amanda getting the wrong idea about this non-date dinner meeting, because Amanda presumably knows him and trusts him. And it seems odd that he would worry about setting a bad moral example for the Antichrist.

The sense I get, actually, is that Rayford’s insistence on keeping up appearances here has to do with some idea about not damaging his “Christian witness.” It seems to be an attempt to “abstain from all appearances of evil,” as 1 Thessalonians 5:22 doesn’t actually say, but the KJV-toting authors think it does.

But that, again, is odd because once Rayford and Hattie actually meet, he spends most of their conversation elusively dodging her questions about God and the Antichrist and the whole End Times prophecy business that Rayford and the authors think of as “the gospel.” Rayford takes great pains not to do anything that would damage his “witness,” but he takes even greater pains not to “witness” when he’s given the chance to do so.

This seems like the confused behavior of a man who’s decided that appearing “good” is more important than doing good.

May 16, 2013
Christian denominations and marriage equality: A simple quiz
Next Post