David Rothkopf: “The Balance of Power”

The systematic, persistent acceptance of women’s second-class status is history’s greatest shame. And for all our self-congratulations about how far we have come, we live in a world where even in the most advanced countries, deep injustices against women remain. These injustices, of course, have other costs beyond the purely human ones. Nothing would help societies grow more than educating and empowering women economically. Democracy is a sham until the planet’s majority population actually achieves equitable representation in deliberative bodies and executive positions of government. And the absence of women in positions of power is also, of course, a guarantee that women’s interests will continue to be minimized, ignored, or repressed.

We’re talking about nothing less than an epoch-long war on a people here, an effort to hold back the economic — and social — progress of the majority of humanity.

While some churches are doing great work to support comprehensive development practices, those who want to solve the orphan crisis must put the needs of children first by working with their communities, not simply removing those children.

It is not nearly as satisfying to deal with complex realities of colonialism, exploitative evangelism, poverty and misogyny as it is to talk about the plight of orphans, donate money for a friend to adopt or perhaps adopt a cute kid yourself. But while addressing the issues that create both orphans and unethical adoption practices takes work and the willingness to humble oneself, doing so is necessary and moral. And it saves children and families.

Charlie Pierce: “The Worst Quote of the Day”

If your “way of life” involves handing deadly weapons to five-year olds, your way of life is completely screwed up and you should change it immediately because it is stupid and wrong. (And, again, also, too: goddammit, “learning to use and respect a gun” means at least knowing that the fking thing is loaded when it’s sitting in the corner of the parlor like it’s a damn umbrella stand or something, and we should talk about that part, too.) It is not in any way “normal” to hand a kindergartner a firearm. If a mother from the inner-city of, say, Philadelphia did that, and the kid subsequently shot his sister to death, Fox News never would stop yelling about the crisis in African American communities and the Culture Of Death, and rap music, too. If your culture is telling you that children who have only recently emerged from toddlerhood should have their own guns, then your culture is deadly and dangerous and that should concern you, too. If your culture demands that, in the face of a general national outrage over the killing of other children, your politics work to loosen the gun laws you have, as they apparently did in Kentucky, then your culture is making your politics stupid and wrong and you should change them, too.

Tim Tebow is an example of how the public face of Christian athletes, like the public face of American Christianity in general, is overwhelmingly white — despite the fact that black Americans are the racial demographic most likely to identify as “very religious.” A recent Barna poll found that Tebow is by far the most well-known Christian professional athlete in the U.S. (with 83 percent awareness from the public), with retired white quarterback Kurt Warner a distant second at 59 percent. Robert Griffin III (RGIII), a black quarterback who’s had a far more successful season with the Redskins than Tebow’s had with the Jets, trailed at 34 percent.

RGIII, like Tebow, is a former college star (he won a Heisman Trophy at Baylor, a Baptist university) with a penchant for spontaneous expressions of faith after big plays. But neither he nor Colin Kaepernick, another vocally Christian quarterback who led the San Francisco 49ers to the 2013 Superbowl, have been embraced by white Christians the way Tebow, Warner, and other white athletes have. This is perhaps exemplified by a Christianity Today piece in which editor Mark Galli talks up Tebow’s “humble and morally upright” public persona while denigrating Kaepernick’s “pride” and dismissing his tattoos of Bible verses as “designed to inspire aggressive play.” Kaepernick, he insists, is not a role model (and he even goes so far as to lump him in with Ray Lewis, who’s played under the shadow of an indictment for murder since 2000), but Tebow is.

Ed Kilgore: “Let’s Get Prayer Out of the Churches and Back in the Schools and Public Meetings Where It Belongs!”

It’s unclear whether the National Day of Prayer is just a pallid revival of the watery Christianity of a bygone era, or, as [Sarah] Posner suspects, something a lot more menacing (I’m sure it’s the latter for many of its organizers, if not its participants). But let’s get one thing straight: this is not representative of the country generally, or of people of faith generally, or of Christians generally. It’s the project of a particular kind of Christian who for complicated and quite possibly sincere motives can’t seem to do without Constantine’s Sword. I pray they don’t succeed in their ambitions.

May 23, 2013 Broadway vs. community theater: Why pastors and presidents are not CEOs
Recent Comments
45 Comments | Leave a Comment
"Late to the party, and I loved both, but beyond a well-meaning everyman hero's struggle ..."
plungingforward If it’s violins she loves, let ..."
"I left the area long before then - but I remember the time a light ..."
P J Evans LBCF, No. 263: ‘Reaching for the ..."
""Seems like men in that bubble are primed for embarrassing accidents if they accidentally make ..."
Dachusblot LBCF, No. 263: ‘Reaching for the ..."
"Speaking of BTAS: new board game on Kickstarter. Based on a show, so PROBABLY not ..."
GuestPoster Sinnerman, where you gonna run to?
Browse Our Archives
Follow Us! 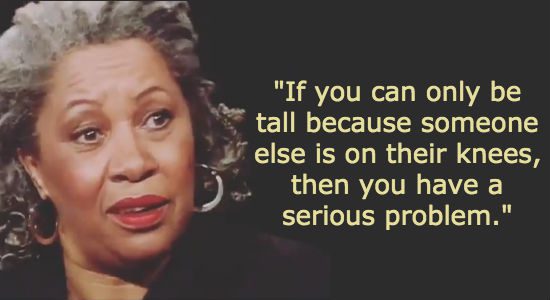 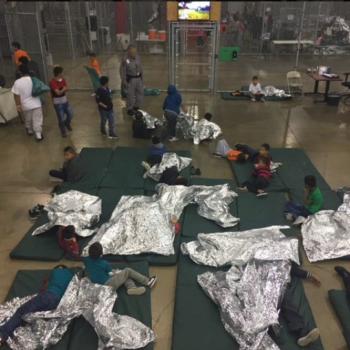