Matthew Paul Turner and vorjack both direct our attention to the trailer for the upcoming comedy Rapture-Palooza:

This makes me happy for several reasons, among them:

1. John Francis Daley was pretty terrific in Freaks and Geeks — honest, vulnerable, genuine — and it’s nice to see him getting a shot at the kind of post-F&G success that folks like Judd Apatow, Seth Rogen, Jason Segal and James Franco have enjoyed.

But I’m also dreading the downside of this movie, because here’s the problem: This movie — this low-budget, slap-dash summer comedy — will influence, reshape and add to Christian theology.

That seems like an audacious claim to make about what appears to be a very modest B-movie. Based on little more than that trailer above, my guess is that Rapture-Palooza will disappear from theaters after a few modestly successful weeks, and then enjoy a similarly modest DVD release before settling into a long after-life on Netflix and late-night showings on basic cable. It looks like it may be the kind of flawed-but-memorable flick that includes just enough big laughs and quotable lines to live on — much like screenwriter Chris Matheson’s first success, Bill and Ted’s Excellent Adventure. My guess is that it will enter the culture in the same minor way as movies like PCU or Back to School or Big Trouble in Little China or Better Off Dead. We may not think of these as good movies, or as favorites, but somehow we wind up watching them repeatedly, in whole or in part. And if someone says “I want my two dollars!” or “Triple Lindy,” then most of us know what they’re talking about. 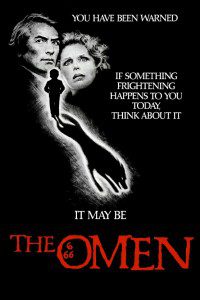 But Rapture-Palooza stands to be more influential than Bill and Ted or those other little movies because it’s about folklore. And stories about folklore tend to merge with and to reshape that folklore. This has always been especially true of the branch of folklore that constitutes popular theology.

And that means that scenes from this B-movie — inventions dreamed up by Matheson, ad-libs by Daley or Kendrick or Robinson — will eventually take on the status of holy writ, of scripture. Jokes written for Rapture-Palooza will, a generation from now, have been absorbed into the folklore of premillennial dispensationalist “Bible-prophecy scholarship.” The punchlines will be left behind, but the set-ups and the incidental details of those jokes will be invoked and alluded to as though they were written by John of Patmos. They will become canonical ideas repeated at hundreds of “Bible-prophecy” conferences and seminars and cited in “Bible-prophecy” books. Students at Dallas Theological Seminary will be tested on them.

We can’t know yet which scenes — which jokes, ideas, inventions, visual details, plot points, etc. — will eventually be incorporated into the canonical PMD mythology. But some of them will be. They will be absorbed into the existing body of what “everybody knows” that “the Bible teaches” about the End of the World. The preachers citing and reciting these details will have long forgotten, or never known, that these details were originally invented for a B-movie comedy. They will simply assert, with utter confidence, that everything they are saying is “based on a literal reading of the book of Revelation” — an assertion that will be accepted, and repeated without question or qualification, in countless media reports.

This is the way the weird, heterodox pop-theology of premillennial dispensationalism has always evolved over the years. It grows and spreads and changes in the same way that any urban legend does in the telling and retelling. Each new “scholar” or preacher or author adds their own embellishments. They insert new details, abandoning or altering others that didn’t get a strong reaction, changing others to try to keep pace with a changing world.

Think of the relationship between Hal Lindsey and Tim LaHaye. Both men are fundamentalist Christians who found surprising success as the authors of run-away best-sellers popularizing the pop-theology of premillennial dispensational End Times Rapture-mania. Lindsey’s The Late Great Planet Earth, published in 1970, became the best-selling nonfiction book of that decade. LaHaye’s Left Behind series have been some of the best-selling fiction titles of the 1990s and early 2000s. LaHaye didn’t want to seem like he was borrowing from Lindsey. Like everyone in the “Bible prophecy” racket, he sought to carve out his own market niche by differentiating his End Times scheme from previous popular versions. And yet LaHaye’s books are steeped in second-generation versions of ideas earlier taught by Lindsey. These weren’t taken directly from Lindsey’s books, but were absorbed into LaHaye’s scheme from the popular culture that followed Lindsey’s best-sellers.

Consider LaHaye’s portrayal of the “Antichrist,” Nicolae Carpathia. You can’t get to Nicolae without first going through Damien Thorn — the villain of Richard Donner’s 1976 horror classic The Omen, and of its numerous sequels and remakes and imitations. And you can’t have The Omen without first having Hal Lindsey.

Those participating in this folkloric cycle between pop-theology and pop-culture don’t seem wholly aware of the cycle’s existence. LaHaye would insist that Nicolae Carpathia has nothing to do with The Omen, but that he is based exclusively on a “literal reading of the book of Revelation.” Screenwriter David Seltzer, likewise, said he was inspired by the Bible, and not by the Bible as refracted by Hal Lindsey’s psychedelic reworking of Scofield’s footnotes.

And they’re not lying. It’s quite possible that Tim LaHaye has never even seen The Omen or that Seltzer never read The Late Great Planet Earth.  They may be wholly, or mostly, unaware that the “Bible” they’re invoking is really some abstract, reinvented reinterpretation filtered through countless iterations of the pop-theology, pop-culture cycling and recycling.

It’s similar to how the current “orthodox” doctrine of Hell — a vast collection of stuff “everyone knows” that “the Bible teaches” — came to evolve over many centuries. It’s quite possible that Dante had never read the Gospel of Nicodemas and that he genuinely believed that his notions of Hell came from the Bible itself rather than from the folklore developed over centuries of embellished iterations and reiterations of that fourth-century pop-culture phenomenon. And between Dante and the current bunch of preachers insisting that “the Bible teaches” a doctrine of Hell we have centuries of this cycle repeating itself over and over again.

Dante we know and remember, but over all those intervening years countless other storytellers have come and gone. Their names and their stories are long forgotten, but details from those stories live on. Those details were embedded back into theology as the building blocks of a doctrine of Hell now defended, centuries later, as nothing more than a straightforward product of a “literal reading of the Bible.”