Dear Churches: This is how to talk about clergy sex abuse

Dear Churches: This is how to talk about clergy sex abuse June 18, 2013 Fred Clark

This is how a leader ought to respond to allegations of sexual abuse by trusted officers within the organization that leader is responsible to lead.

Lt. Gen. Morrison is blunt, unequivocal and clear. And he is angry. The tone and substance of this message conveys everything that leaders of the various Christian churches have failed to convey. 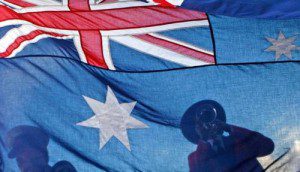 Morrison is taking responsibility and he isn’t taking any crap. “I’m responsible for this,” he said. “I’m the chief of the Australian army. The culture of the army is in my hands during my tenure, and I’m doing as much as I humanly can to improve it.”

You can read a full transcript of Morrison’s statement in the video above at Feministe, but here are just a few excerpts to highlight the vast difference between his remarks and the defensive denials and equivocal evasions we have heard for decades from the so-called “leaders” of so many churches:

If this is true, then the actions of these members are in direct contravention to every value the Australian army stands for.

… I have stated categorically many times that the army has to be an inclusive organization in which every soldier, man and woman, is able to reach their full potential and is encouraged to do so. Those who think that it is okay to behave in a way that demeans or exploits their colleagues have no place in this army. …

If that does not suit you, then get out. You may find another employer where your attitude and behavior is acceptable, but I doubt it. The same goes for those who think that toughness is built on humiliating others.

Every one of us is responsible for the culture and reputation of our army and the environment in which we work. If you become aware of any individual degrading another, then show moral courage and take a stand against it. No one has ever explained to me how the exploitation or degradation of others enhances capability or honors the traditions of the Australian army. I will be ruthless in ridding the army of people who cannot live up to its values, and I need every one of you to support me in achieving this.

… If you’re not up to it, find something else to do with your life. There is no place for you amongst this band of brothers and sisters.

Whether it’s the pope in charge of the Roman Catholic Church, or the little popes in charge of Neo-Reformed American mega-churches, or the leaders responsible for overseeing the anarchic polity of unstructured Baptist denominations, church leaders too need to be “ruthless” in ridding the church of people behaving disgracefully. Their message should be the same as Morrison’s: “Get out.”

June 18, 2013 Seven things at 1 o'clock (6.18)
Recent Comments
49 Comments | Leave a Comment
Browse Our Archives
get the latest from
slacktivist
Sign up for our newsletter
POPULAR AT PATHEOS Progressive Christian
1