1. John Shore has been assimilated into the collective. Patheos’ plan for world domination continues (rubs hands together, cackles fiendishly).

2. Via Brad DeLong, here’s Noah Smith illustrating the moral sentiments of conservative free market economist Greg Mankiw — and finding that it’s the same moral outlook we hear from Chris Brown. (It doesn’t affect Smith’s argument, but I’m not confident he should accept Walmart’s claim to be paying an “average” wage of $12.40/hour. My guess is that’s a mean from a very lop-sided bell curve.) 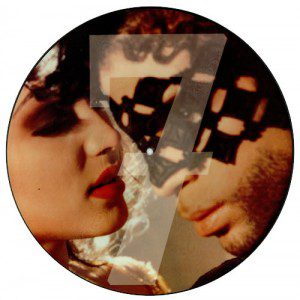 And while we’re on the subject of a living wage, Morgan Guyton suggests that perhaps maybe the first step in any church-based campaign for a living wage would be for churches to pledge to pay such wages themselves. Ouch. As the punchline to the old joke says, “Careful, pastor, now you’re meddling.”

3. Writer Jay Lake has a lovely, generous post on “Me and Prayer.” He has terminal cancer, and his blog has become a lesson in facing death with dignity, grace, gratitude, good humor and panache. Jay is, as he says, “a staunch atheist. One might even say raving.” But I think Christians and atheists alike can learn from the example of his post on “I’m praying for you,” which demonstrates something of what the Golden Rule looks like.

4. “Intersectionality” is a word we dirty hippy liberal types use to address the idea that all the various flavors of bigotry, oppression and inequality seem to be related and connected. Like the scripture says, “Injustice anywhere is a threat to justice everywhere.” My social conservative friends disagree. For them it’s very important to say that the various things we liberals lump together as intersectional and interconnected are, in fact, distinct and discrete phenomena. Or, in smaller words, they hate it when we call them bigots.

Fair enough. But that’s also why it’s in their best interest to do whatever they can to make Phyllis Schlafly stop talking in public and maybe retire somewhere nice and quiet. Because, see, she keeps saying racist things. And then repeating them.

I get that she’s kind of an icon among Republicans and among conservative Christians. She’s 88 years old, and like any politician, ugly building, or preacher who’s been around that long, she’s become respectable. So get her off the stage quietly, respectfully and reverently if you need to. But get her off the stage. Her hatefulness is not helping your cause. (Yes, this is concern trolling — but it’s still true.)

5. I am very pleased to see this. I’m happy to see Rachel Held Evans writing for CNN (or anywhere else for that matter). And I’m happy to read her fine reflection on good old Acts 10-11 and the story of Peter’s revelation and revolution regarding unclean outsiders. Peter had far more “biblical authority” supporting his previous rejection of Gentiles than the religious right can claim to support their rejection of their LGBT neighbors. If Peter had been like Al Mohler or Rick Warren, then none of us Gentile Christians could ever have joined the church. Freely you have received, freely give.

6. Matt Yglesias sums up why I would never want to live somewhere governed by a condo board or HOA:

Condominium associations seem to work … through a kind of arbitrary totalitarianism. Essentially everything is against the rules, and daily life is made tolerable only through the fact that the rules aren’t actually enforced. But then anytime someone wants to be a pain in the ass, they can demand enforcement of some random provision or other. …

And the problem is that there’s essentially no escape. In any condo, the rules are made by the condo board and at condo meetings. And while the boards and the meetings are theoretically democratic institutions, in practice they self-select for busybodies who feel like wasting their time on condo business. … So in practice everyone winds up in an excessively busybody-dominated condo where too much stuff is against the rules and enforcement is too spotty and arbitrary. Most people simply aren’t litigious enough to fight back.

I suppose it also speaks well of Glenn Greenwald that people trying to dig up dirt on him couldn’t do better/worse than come up with the possibility that 10 years ago he was found innocent of violating his condo’s rules about dogs.

The God Who Repents
God describes himself as patient, kind, gracious, and merciful nine times in...
view all Progressive Christian blogs
What Are Your Thoughts?leave a comment
Copyright 2008-2021, Patheos. All rights reserved.
error: Content is protected !!