1. Robert Morrison of the Family Research Council says marriage equality must be denied to same-sex couples because the Pioneer Plaque clearly shows that humans from Earth come only in pairs of one male and one female.

The odd spectacle of a religious right culture-warrior praising these plaques, which were designed by Carl Sagan, has me thinking of a new theory to explain the Fermi paradox. Maybe the nude figures on that plaque have led to some sort of inter-stellar boycott of Earth by some sanctimoniously prudish intergalactic equivalent of One Million Moms.

In any case, I like the Voyager Golden Record better. So here’s Blind Willie Johnson’s “Dark Was the Night, Cold Was the Ground.” 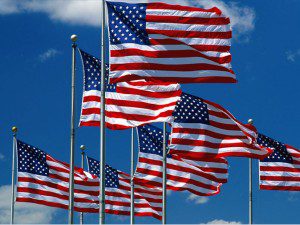 2. For many Americans, today is a holiday, but some of you may still be stuck at work, so here are three personal accounts to make you perhaps feel better about the day you’re having. (At least, I hope you’re having a better day than this.)

• Steve Rankin’s Very Bad Day: getting bitten by a Fer-de-Lance.

• Paul Templer’s Very Bad Day: getting chomped and swallowed by a hippopotamus.

3. And for those stuck at work, here’s an excellent time-waster. Marginal Revolution asks “What’s the most intellectual joke you know?” Read the whole comment thread. Here’s a taste:

Two economists walk past a Porsche showroom. One of them points at a shiny car in the window and says, “I want that.” The other one says, “Obviously not.”

4. Following yesterday’s robust, interesting discussion of psychics and fraudulent psychics, and the extent of the overlap in a Venn diagram of those two categories, let’s further complicate things by mixing in Orson Welles’ discussion of “the shut-eye” and his theory that this may explain much of what we experience as premonitions or intuitive leaps:

Welles’ analogy of the hotel clerk is an apt description, I think, of what is usually at work in what we refer to as “hunches.” That, in turn, suggests that the best response to a “hunch” may be to work backwards, rather than forwards. Instead of setting out to find evidence to support our hunch, we should try to identify the unconsciously calculated evidence that led to our having the hunch in the first place. Figure out where it came from before trying to figure out where it leads.

Welles, I think, was trying to be skeptical without being dismissive. (Since I share his skepticism, I’m unable to judge how well he succeeded at that.) I don’t wish to be dismissive either, but thus far my reason and my experience haven’t given me any grounds for anything other than skepticism when it comes to psychic phenomena. That raises an interesting question: What would it take to change my mind about that? I’m not sure, so let me ask you. If, like me, you’re skeptical of the existence of psychic phenomena, what would it take to change your mind? (Besides seeing someone cashing their $1 million check from The Amazing Randi.)

(This also raises a less-interesting, but apparently irresistible, question as to how I can be skeptical about X but, some would say, so enthusiastically credulous about Y. The short answer has to do with faith, hope and love, and with the extent to which the latter two provide a sufficient basis for the first one.)

5. Brian McLaren points us to the protest songs page from the One Campaign. Some terrific covers there. Don’t miss Mumford and Sons & Elvis Costello performing a mashup of Springsteen’s “Ghost of Tom Joad” and Woody Guthrie’s “Do-Ra-Mi.” I also really liked Alison Moyet’s take on “Shipbuilding.” Here’s a favorite of mine from a band that ought to be included in One’s list — Midnight Oil, because the whole Pete Seeger acoustic-guitar thing is great, but sometimes you also need a big, scary, bald Aussie Jeremiah shouting his heart out from a flatbed truck in front of Exxon’s corporate headquarters.

6. We now have another 6,000 pages of documents revealing how Catholic Cardinal Timothy Dolan handled allegations of the sexual abuse of children when he led the Diocese of Milwaukee. He transferred priests and transferred funds, and then, as Andrew Sullivan writes, “he seems to be able to lie about all of it – in the face of massive evidence – with nary a flicker of hesitation.”

What Dolan did in Milwaukee is shameful, but not as shameful as what he didn’t do there. He was willing to bend the law to try to protect the church’s assets and the Church’s reputation, but he doesn’t seem to have been much concerned with protecting the Church’s children.

7. Love and justice are both more than reciprocity, but they cannot be less than reciprocity. Or, to put it another way, turn-about may not precisely be fair play, but turning things about can be a useful way of highlighting unfair play that needs to be corrected. It’s the Golden Rule or the Miley Principle.

That’s all still too abstract. What I mean to say is that Ohio state Sen. Nina Turner is pretty fantastic:

Before getting a prescription for Viagra or other erectile dysfunction drugs, men would have to see a sex therapist, receive a cardiac stress test and get a notarized affidavit signed by a sexual partner affirming impotency, if state Sen. Nina Turner has her way.

A critic of efforts to restrict abortion and contraception for women, Turner says she is concerned about men’s reproductive health. …

Under Senate Bill 307, men taking the drugs would continue to be tested for heart problems, receive counseling about possible side effects and receive information about “pursuing celibacy as a viable lifestyle choice.”

“Even the FDA recommends that doctors make sure that assessments are taken that target the nature of the symptoms, whether it’s physical or psychological,” Turner said. “I certainly want to stand up for men’s health and take this seriously and legislate it the same way mostly men say they want to legislate a woman’s womb.”