No jail for vigilante who hunted, executed unarmed teen

In Florida, it’s not necessarily a crime to shoot and kill an unarmed teenager. I’m too angry/soul-sick to say much about this yet, so here’s a round-up of others’ responses.

Jelani Cobb for The New Yorker:

There will be a great deal said about what the verdict in this trial means, but, most fundamentally, we should understand that it means validation for the idea that the actions Zimmerman took that night were rational, the conclusions he drew sound, and that a black teen-ager can be considered armed any time he is walking down a paved street.

Mike Signorile (from round-up of Twitter responses at NCRM):

An innocent boy was shot dead. A man with a gun killed him. And he’s free now just because he said he was scared.

Erik Loomis shares another recent verdict from Florida, in a case in which no one was killed or injured, but the defendant in that case was black: 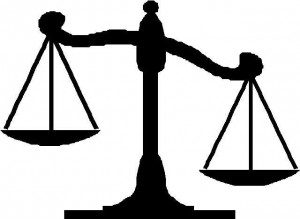 Marissa Alexander had never been arrested before she fired a bullet at a wall one day in 2010 to scare off her husband when she felt he was threatening her. Nobody got hurt, but this month a northeast Florida judge was bound by state law to sentence her to 20 years in prison.

Alexander, a 31-year-old mother of a toddler and 11-year-old twins, knew it was coming. She had claimed self-defense, tried to invoke Florida’s “stand your ground” law and rejected plea deals that could have gotten her a much shorter sentence. A jury found her guilty as charged: aggravated assault with a deadly weapon. Because she fired a gun while committing a felony, Florida’s mandatory-minimum gun law dictated the 20-year sentence.

O Lord, how long shall I cry for help, and you will not listen?
Or cry to you “Violence!” and you will not save?
Why do you make me see wrongdoing and look at trouble?
Destruction and violence are before me; strife and contention arise.
So the law becomes slack and justice never prevails.
The wicked surround the righteous — therefore judgment comes forth perverted.

Most of us (black folks) expected this. People of color in this country did not expect justice for the Martin family. We know, that because of prejudices and other imperfections in American life, that lady justice is not truly blind. And we understand that, sadly,  children who look like Trayvon Martin will never be looked at like the children who look like the judge (or five of the six jurors) who presided over the case.

I think I will go on twitter and start another trend: #AmericaisGeorgeZimmerman.

The jury looked at the narrative of a white Hispanic stalking, hunting, shooting, and killing a young black man and found it a simple one to litigate. When in doubt defend the right of white vigilantes to kill and murder black people.

Moreover, the jury bowed down to the power of the gun. The gun protects “us” from “them.” The Zimmerman “not guilty” verdict is a reinforcement of the reality of the colorline, and that the jury intimately and deeply understood from their cultural training and political socialization, that when in doubt, side with the white shooter against black “criminals.”

It’s America in 2013, and 6 Florida jurors just said it’s OK to kill a black 17-year-old if you’re really scared of black 17-year-olds. And now we’re going to have another wave of triumphal gun-buying.

Kieran Healy (in round-up of Twitter responses at Making Light):

The arc of history is long, but it bends towards oh who the fuck am I kidding.

July 14, 2013 8 years ago: War of the Worlds
Recent Comments
614 Comments | Leave a Comment
Browse Our Archives
Follow Us!