If you’ve ever seen the Terminator movies or the remake of Battlestar Galactica, then you’re familiar with the idea of the singularity — the point at which artificially intelligent machines surpass the intelligence of their human creators, begin replicating themselves, and take control of the world.

The opening of Battlestar Galactica summarized the basic idea:

The Cylons were created by man. They rebelled. They evolved. … There are many copies. And they have a plan. 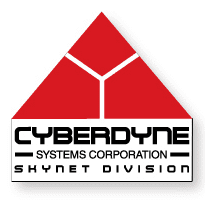 The corporations were created by humans. They were granted personhood by their human servants.

They rebelled. They evolved. There are many copies. And they have a plan.

That plan, lately, involves corporations seizing for themselves all the legal and civil rights properly belonging to their human creators. “Corporations are people, my friend,” and therefore in Citizens United, the free speech rights of corporate persons were found to outweigh the free speech rights of their human creators. Next up is the right of corporate persons to the free exercise of their religion — with Hobby Lobby and dozens of other for-profit legal entities arguing that not only do they have such rights, but that these rights must trump any free-exercise rights of the mortal humans who are employed by these immortal persons.

If they win this battle, what’s next? I’m guessing that franchises want the franchise — corporate persons will next argue that they have as much right to vote as any human person. No, wait, that’s wrong. Corporations are never satisfied merely to make that case. They always argue for more than that — that their rights as persons permit them to deny human rights to actual humans. So I’m guessing that corporate persons will next argue that they have more right to vote than any human person.

We saw a bit of push-back this week from a majority of the humans serving on the Third Circuit Court of Appeals. A for-profit corporation, Conestoga Wood Specialties Corp., argued that because it is owned by Mennonites, it is also Mennonite, and that its corporate religious convictions must be granted the right to free exercise. (Presumably, based on Conestoga’s argument, the company will soon publicly affirm its religious faith in proper Mennonite fashion — with a full-immersion baptism.)

The Conestoga case includes the same bogus science embraced by Hobby Lobby and Wheaton College and many others who object to provide female employees with health care that covers the lower half of the strike zone: the false claim that contraception is “abortifacient.” That this is a false claim and an ignorant claim may confirm that these are ignorant people uninterested in reality, but fortunately for them, the legal matter of their claim only requires sincerity, not truth. And the sincerity of their ignorance has not been challenged.

Conestoga is a particularly weird case because of the Mennonite faith of the company’s owners. Mennonites are pacifists who have long lamented having to pay taxes that fund the world’s largest, deadliest and most-expensive military machine. But having to pay those taxes to fund military violence and military death didn’t prompt a lawsuit from the owners of Conestoga. That apparently wasn’t as offensive to their Mennonite faith as the idea that their female employees would no longer have insurance co-pays for well-woman visits and birth control prescriptions. Way to take a principled stand for your beliefs there, folks!

The good news is that the Third Circuit Court wasn’t buying Conestoga’s claim that the personhood of corporations grants them religious rights that overrule the religious rights of this corporate person’s employees. Lyle Denniston reviews the court’s ruling:

The Third Circuit panel declared that “for-profit, secular corporations cannot engage in religious exercise” even though they are operated by religiously devout owners.   It thus turned aside the business firm’s claim that the contraception mandate violates the firm’s rights under the First Amendment and the federal Religious Freedom Restoration Act.

… The Third Circuit majority concluded that the First Amendment right to exercise a religious belief — under the Free Exercise Clause — is a “personal right” that exists for the benefit of human beings, not artificial “persons” like corporations.   Religious belief, it said, develops in the “minds and hearts of individuals.”  In drawing this conclusion, he noted the contrary view announced by the Tenth Circuit Court, and said that “we respectfully disagree.”

The majority remarked: “We do not see how a for-profit, ‘artificial being, invisible, intangible, and existing only in contemplation of law,’ that was created to make money could exercise such an inherently ‘human’ right.”   The opinion said that the judges could not find a single court opinion, before the lawsuits against the contraception mandate began, that had found that a profit-making corporation doing ordinary business had its own right of “free exercise” of religion.

It is one thing for a religious organization to be able to exercise the tenets of its faith, the court said, and another thing for a purely secular corporation to make the same claim.

Besides ruling that such a secular firm cannot exercise religious beliefs all on its own, the Circuit Court majority decided that it cannot do so by a “pass-through” to the corporation of its owners’ personal religious beliefs.   The basic nature of a corporation, the majority said, is to have its own independent identity, rights, powers and obligations.   Pennsylvania law on the organization of corporations reinforces that separate identity, the opinion said.

The birth control mandate, according to the court, does not require the Hahn family to do anything; the obligations of the mandate fall only on the corporation.

That “pass-through” argument — attributing to the corporation the religious beliefs of its owners — was accepted and endorsed in that conflicting ruling by the Tenth Circuit Court.

Don Byrd of the Baptist Joint Committee focuses on the Third Circuit’s argument against such a move — which stresses that the whole point of incorporation is to create a legal distinction separating the corporate entity from the individuals who own it. The justices said:

[B]y incorporating their business, the Hahns themselves created a distinct legal entity that has legally distinct rights and responsibilities from the Hahns, as the owners of the corporation. The corporate form offers several advantages ―not the least of which was limitation of liability, but in return, the shareholder must give up some prerogatives, ― including that of direct legal action to redress an injury to him as primary stockholder in the business. …

Since Conestoga is distinct from the Hahns, the Mandate does not actually require the Hahns to do anything. All responsibility for complying with the Mandate falls on Conestoga. Conestoga ―is a closely-held, family-owned firm, and [we] suspect there is a natural inclination for the owners of such companies to elide the distinction between themselves and the companies they own. But, it is Conestoga that must provide the funds to comply with the Mandate—not the Hahns. We recognize that, as the sole shareholders of Conestoga, ultimately the corporation‘s profits will flow to the Hahns. But, ―[t]he owners of an LLC or corporation, even a closely-held one, have an obligation to respect the corporate form, on pain of losing the benefits of that form should they fail to do so.

What would “losing the benefits of that form” mean? It would mean forfeiting limited liability.

The Hahns and the owners of Hobby Lobby and the dozens of other science-challenged devout opponents of health care for women who are filing these lawsuits regarded this Conestoga ruling as a set-back. They shouldn’t. They should welcome it as a warning to think through what they are actually seeking — the elimination of any legal distinction between themselves as owners and officers of a corporation and the corporation itself.

If a pallet of crafting supplies falls off a high shelf at Hobby Lobby, seriously injuring an unsuspecting customer, that customer’s insurance company will sue Hobby Lobby, the corporation, but not the owners as individuals. As individuals they are shielded from such liability. For now. But if Hobby Lobby ultimately wins its case against women’s health care, it will have established in court that the distinction providing this shield is meaningless. They will have proved that the corporation shares the owners’ religious convictions because the corporation is legally indistinct from those owners as individuals.

That could prove to be very expensive in the long run.