1. “Stringer Bell” is now only the second-coolest name for a character played by Idris Elba. (“And should I ever have a kid, boy or girl, its name will be Stacker Pentecost, because seriously.“)

2. The Field Negro ponders selling out and starting a church so he can tap into some of the GOP’s “black voter outreach” money. It’s a mordantly funny, cynical post, but I don’t think it’s quite cynical enough. I don’t think the current Republican “outreach” to black, Latino and women voters is really intended to win over those voters. The actual purpose of this outreach, rather, is to reassure white male voters that they need not feel uncomfortably racist or sexist while voting to support policies that harm black people and women. 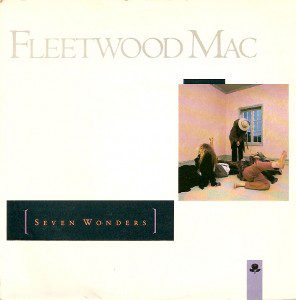 3. “I am an agnostic of the ‘I’m almost certain God does not exist, but intellectual honesty requires me to admit I just don’t know’ stripe, so in an obvious, literal sense Matthew 6 can’t do much for me,” John Scalzi writes. “But I know wisdom when I see it.” Me too, and I think Scalzi’s agnostic homily on the Sermon on the Mount is one of the wiser things I’ve read about it lately.

4. An update on our friend Mark Kessler, the paranoid, birther/Bircher “chief” of the one-man police force in Gilberton, Pa. The (Allentown) Morning Call reports that Kessler was suspended for 30 days last week due to the angry, profanity-laced videos he posted online in which he fired off automatic weapons. Kessler responded to the suspension by posting an angry, profanity-laced video in which he fires off automatic weapons. Kessler is apparently still serving on the board of education.

Ryan Lenz of Hatewatch reports that the leader of another far-right gun-rights group, the Constitutional Sheriffs and Peace Officers Association, has “reached out to Kessler to encourage him to tone down his rhetoric.”

And here’s a related piece of Gothic Americana: “The Secret Alleged Sex Scandal Behind the Mysterious Arrest of a Utah Sheriff’s Deputy.”

Also related: All that plummets must converge.

The occasion was the 2005 Jackson Hole conference, the annual central bankers’ retreat in Wyoming organized by the Kansas City Fed. … [Raghuram] Rajan came to rain on the parade and argue that the previous decades of financial innovation could end up backfiring and causing a financial crisis. In a paper entitled, “Has Financial Development Made the World Riskier?” he answered in the affirmative. Changes in the financial system had “expose[d] the system to large systemic shocks” from sudden changes in the prices of assets (like, say, mortgage-backed securities), increasing the probability of a “catastrophic meltdown”.

Of course, that’s exactly what ended up happening, giving Rajan a Cassandra-like reputation after the crash, but at the time, [Larry] Summers wasn’t having it. In a discussion at Jackson Hole, he said he “finds the basic, slightly Luddite premise of this paper to be largely misguided.” Donald Kohn, who would soon become Vice Chair of the Federal Reserve board, also had his doubts. In a paper responding to Rajan, Kohn argued that policies to stem risk-taking would, “result in less accurate asset pricing, reduce public welfare on balance, and definitely be at odds with the tradition of policy excellence of the person [Greenspan] whose era we are examining at this conference.”

Eight years later, odds are fairly high that either Summers or Kohn will be the next chairman of the Federal Reserve.

If you belong to the kind of club that gets you invited to Jackson Hole, you can only fall upward.

7. “The goal of Project Pterosaur is to mount an expedition to locate and bring back to the United States living specimens of pterosaurs or their fertile eggs, which will be displayed in a Pterosaur Rookery that will be the center piece of the planned Fellowship Creation Science Museum and Research Institute (FCSMRI). Furthermore, the rookery facility will establish a breeding colony of pterosaurs in order to produce specimens that could then be put on display by other regional institutions or church groups.” Slow clap. Nicely done. (via James McGrath)

August 8, 2013 The rules are funny, the ideas behind them are not
Recent Comments
293 Comments | Leave a Comment
"Like the Briton I am, I always read TFG as That F ing Git."
MG Remoaner May 22 Flashback: The old paradigm
"Here's the thing, though. There's a word for someone who's willing to be racist for ..."
Tsotate Oops
"I saw some talk about this somewhere or another. First off, not all trans people ..."
Nomad Smart people saying smart things (5.19.22)
"I looked up their claims on the subject. It's going to work. Their viewers love ..."
Nomad Smart people saying smart things (5.19.22)
Browse Our Archives
Related posts from slacktivist