1. John J. McKay looks at “The first paleontological dig in the Americas” — which took place long before the Mayflower. It’s a fascinating tale and a post that makes me miss Deane Galbraith’s Remnant of Giants blog.

2. Tickets are still available for the Perseid meteor shower, which is peaking tonight and tomorrow night. Best viewing is probably after midnight. As always when you see a shooting star, make a wish. (Shooting stars do not have the power to grant wishes, but making wishes is a good exercise in figuring out what it is you want to wish for, and for pondering whether what you’re wishing for and working for seem to be at all related. Lying on your back, looking up at the stars tends to be a fruitful posture for such pondering.

3. I’m pretty sure Donald Trump is not too bright. In the story linked there, Trump jumps all over interviewer John Karl for saying he is “pretty convinced” that Trump’s birther claims have been disproved. “Pretty! Ah! Pretty! Pretty! No! No! You said, pretty!” Trump says.

Does it seem like Trump misunderstood Karl’s litotical understatement as qualification? Pretty much. It might be possible to penetrate Trump’s thick skull with an explanation of the difference, but that would not be the easiest thing to do. 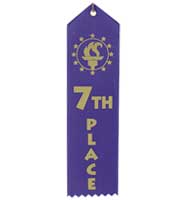 4. “The Bible is pretty clear,” Hannah Gastonguay said. I’m not entirely sure that’s true, but it is in some parts.

The Bible is pretty clear, for instance, that if you think you’ve got some kind of monopoly on righteousness and spend all your time resentfully obsessing over the wickedness of the Ninevites, then taking to the high seas to escape your obligation to love those Ninevites just isn’t going to work.

But the Lord provided a large Venezuelan fishing vessel to pick up the Gastonguays. And they were in the belly of the fishing vessel for three days and three nights. Then the Lord spoke to a Japanese cargo ship, which took the family to Chile and spewed them out upon dry land.

5. Doktor Zoom’s hilarious (and sneakily thoughtful) “Sundays With the Christianists” series at Wonkette has been looking at American history textbooks from Bob Jones University and A Beka Books, turning yesterday to “American History Textbooks for Children in Peculiar Institutions” — which is to say the books’ treatment of slavery.

As you might expect from books by these Southern, white fundamentalist publishers, they deal with slavery briefly and dismissively: “Where a secular textbook might have a full chapter on slavery, our 11th/12th-grade textbook from Bob Jones … relegates its discussion to a two-page text box.”

That’s appallingly ignorant and misleading. But then it’s ignorant and misleading for those secular American history textbooks to only deal with slavery in a single chapter. That’s like writing a biography of Ariel Castro and only dedicating one chapter to his abduction, imprisonment and abuse of three women.

Lest you think that’s too harsh, remember that everything Castro did was perfectly legal in the United States during the Washington, Adams, Jefferson, Madison, Monroe, Adams, Jackson, Van Buren, Harrison, Tyler, Polk, Taylor, Fillmore, Pierce and Buchanan administrations. Perfectly legal and explicitly constitutional.

Related: “If I am wrong in this responsible act, I hope my God may forgive me; for I am not actuated, as I think, from any motive save that of justice and philanthropy.”

A Ten Commandments monument was unveiled in front of St. Paul’s AME Church in Uniontown, Pennsylvania, courtesy of the group Thou Shall Not Move. … But the church members — for reasons that have everything to do with a complete lack of understanding about how the law works — thought they were hoisting up a giant middle finger to atheists.

I’ve come to expect this kind of sanctimonious dick-swinging from white evangelicals, but it’s sad to see an AME church sucked into the self-righteous delusion that makes somebody think this constitutes “standing up for Jesus Christ.” It really, really doesn’t.

(And, yeah, it’s a sign of how many wrong turns we’ve taken that some folks are going to be more upset with the phrase “sanctimonious dick-swinging” than with the actual dick-swinging and sanctimony.)

7. Very few people manage to look this good in their mug shot.

August 12, 2013
Shouting back at hate speech is a moral obligation
Next Post

Progressive Fundamentalism
Trigger Warning: this will piss some people off! Disclaimers: By “evangelicals”,...

How come I can't see you in my...
Notes on Tonio K., Bruce Cockburn, Amy Grant, and the Devil's music.
view all Progressive Christian blogs
What Are Your Thoughts?leave a comment
Copyright 2008-2021, Patheos. All rights reserved.