“In everything,” the Golden Rule says, “do to others as you would have them do to you.” Simple in theory, but often very challenging in practice.

The easiest way to check ourselves — to evaluate how well we’re living up to this — is to flip the script. What if I were you and you were me? What if we were them and they were us?

This is something we should be doing all the time. “In everything,” Jesus said.

It’s what Thers does in a recent post discussing the upcoming Winter Olympics in Russia:

The International Olympic Committee cannot guarantee the safety from state persecution of any athletes or spectators — gay, or even just perceived as gay.

Would there be any question whatsoever of the United States of America participating in an Olympic Games hosted by a country that refused to guarantee the safety of Christian athletes or spectators, or that had passed laws against Christians similar to those Russia has imposed against homosexuals?

I think Thers may be overestimating American Christians’ capacity for solidarity with Christians in other countries, but it’s still an excellent point.

If Russia declared open season against Christians the way it has done against LGBT people, then American Christians would be calling for the Winter Games to be relocated to Canada. If one of our best figure skaters was a flamboyant Christian and he faced the threat of imprisonment just for showing up at the Olympics — a very real threat now facing Johnny Weir — there would be loud demands for guarantees of his safety and for repeal of the laws that made his very existence a crime. 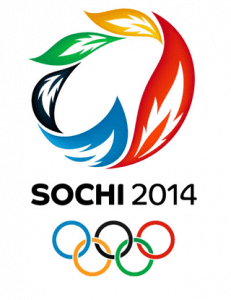 American Christians fail the test. We’re breaking the Golden Rule — disregarding the whole of “the law and the prophets.” We are failing to love our neighbors as we love ourselves.

But it’s actually much worse than that.

• “The Russian government is right,” said Bryan Fischer of the American Family Association. “Heterosexuality is God’s design. Policies that encourage young people to think this are good ideas.”

• “I applaud the Russians for taking a stand,” said Bill Owens of the National Organization for Marriage.

• “The Catholic Family and Human Rights Institute said it ‘admires’ Russia’s latest anti-gay moves; Peter LaBarbera of Americans for Truth About Homosexuality lauded Russia for rejecting ‘America’s reckless and decadent promotion of gender confusion’; and the Illinois-based World Congress of Families has scheduled its 2014 conference for the Kremlin.”

But it’s even worse than that.

This cheering isn’t from the sidelines — these American Christians are contributing to and participating in this persecution. Bryan Fischer’s remarks above were made during his interview with Vladimir Putin’s state-owned “Voice of Russia.” Russian officials are citing American Christians in order to validate the alleged morality of this persecution.

But it’s still worse than that.

Because while cheering for and participating in the persecution of LGBT people in Russia, these same American Christians are loudly complaining that they are themselves the victims of persecution.

And yet that’s still not the worst of it. It gets worse than that.

These American Christians promoting the persecution of LGBT people in Russia are loudly complaining that they are themselves being persecuted — and they blame LGBT people for this imaginary persecution.

August 13, 2013
6 years ago: Cossacks and Prairie Muffins
Next Post